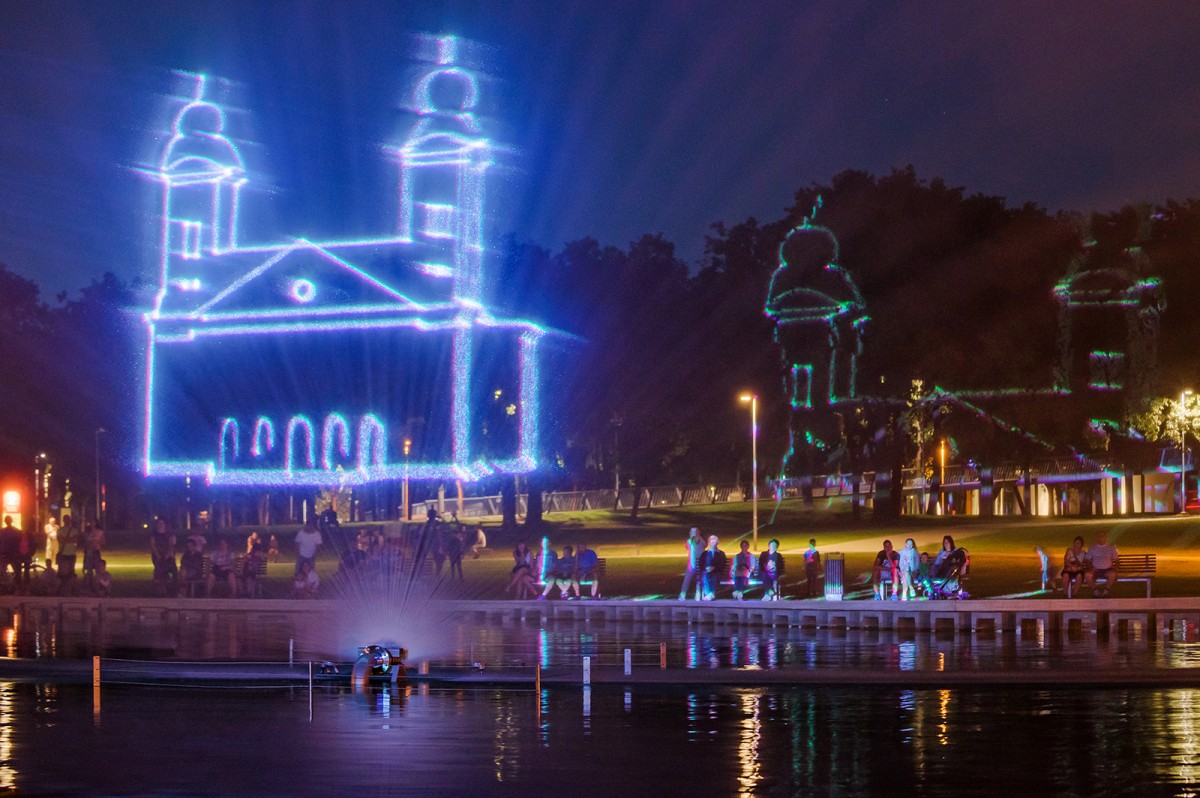 The promenade will be expanded, another light installation and a playground built, thousands of plants planted.

The public procurement procedure that the municipality of Debrecen announced for the construction works of the second phase of the Magic Forest project was closed successfully. According to the summary uploaded to the Public Procurement Bulletin, the contract has been awarded to two local companies, Hunép Zrt. and TÁRS-95. Kft., which undertook the work for HUF 580 million.

As is well known, it was announced in 2017 that the national government would support numerous tourism development projects in Debrecen, including the “Magic Forest-Debrecen Great Forest” project, in the first phase of which the promenade was created along the eastern side of the new water park on Pallagi Street.

In the second phase, the promenade will be extended by another three thousand square meters, a playground will be built, benches, bins, lighting fixtures, and also an irrigation system will be installed on more than a thousand square meters, as the project also includes the planting of thousands of bushes, perennials and ornamental grass. The project also includes the construction of a new light installation on John Pall II Square.

According to the call for tenders, the task includes the installation of 212 ornamental LED lighting fixtures on a prefabricated support structure in a recessed finish, with circular distribution.  The programs operating the lights will run automatically on the basis of a pre-defined calendar, but manual intervention is also possible. The system also provides for remote access to manage the programs. As part of the programmable water attraction, the RGB LED light sources will illuminate the mist, and it will also have a central system that controls the coordinated operation of the individual elements (the lights and the water image).

As can be seen, the project will thus include the creation of a programmable water attraction. A nozzle creating water mist will be installed sunk in the pavement along a length of approximately 50 metres (11 points, 4 nozzles per point).

The contracting moratorium expires on 5 March, after which the parties can conclude the contract. The winner of the contract will have four months to complete the job.