THE RENOVATION OF THE DEBRECEN ARENA HAS STARTED 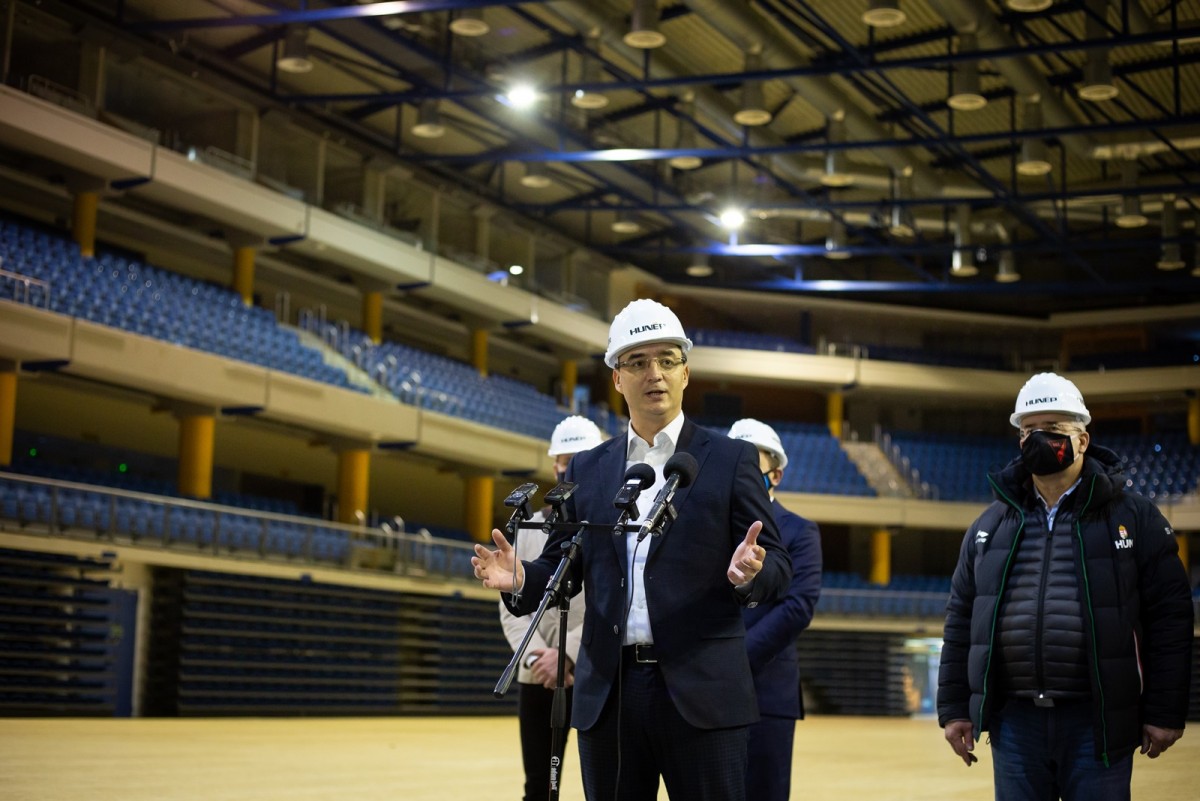 Főnix Arena is undergoing a comprehensive renovation in connection with next year’s European Men’s Handball Championship. At the end of the process, the 18-year-old facility will be safer, more energy efficient and more modern. Work will be finished by the end of October, László Papp, mayor of Debrecen, announced on 11 February 2021 at the site.

With the support of the national government and the Hungarian Handball Federation, the country’s second largest multifunctional sports hall will be renewed from nearly 2.5 billion forints. The construction site was taken over by the contractor on 1 February, and the renovation is expected to last for nine months. As the mayor said, the hall will not change on the outside, nor will its capacity be affected by the renovation; the interior and the service background are being upgraded to meet the requirements of the European Handball Federation.

“There corridors will receive new flooring, the building engineering and air technology will be changed completely, and we will switch to more energy-efficient LED lighting. In addition, we will install audio-visual equipment and a new access control system in the hall, but the security technology, the CCTV system will also renewed, and of course the locker rooms and social blocks will satisfy the requirements of the 21st century,” the mayor listed.

Lajos Kósa, member of the Hungarian Parliament and president of the Hungarian Skating Federation, announced that another world event will still be held in Arena before the European Men’s Handball Championship in 2022. Debrecen will host a short-track speed skating world cup in November 2021, which will be one of the four qualifying events for the Olympics. The renovation also provides an opportunity to ensure that the area can serve the needs of ice sports more efficiently.

“The replacement of the lighting system is important because the infrared effect of the previous lighting was significant, resulting in melting the ice. The new LED lights have no such effect. With the changing of the air handling system and improving many other smaller details, we would like to create the opportunity for Hungarian competitors to obtain Olympic quotas in Debrecen under excellent condition,” Kósa added.

The renovation became urgent due to the European Men’s Handball Championship, to be held here in January 2022. As Szabolcs Bíró, head of the organising committee of the European Championship, stressed, the infrastructure and the experience of local organisers are outstanding in Debrecen, and it is no coincidence that junior world championships, adult European championships, and both women’s and men’s Hungarian Cup finals have already been held in Főnix Arena.

”When the Association has to decide where to host events outside Budapest, Debrecen is our natural partner, and our first thought is Főnix Arena” the managing director of EuroHandball 2022 Nonprofit Kft. said.

As András Becsky, managing director of Debrecen Sportcentrum Nonprofit Ltd., the company operating Főnix Arena said, the facility is almost twenty years old. During this time, DSC received some funding from the Corporate Income Tax donations for minor interventions, but such a complex renovation has not yet taken place in Főnix Arena, originally built in 2002.

”After the completion of the work, we will be able to satisfy the needs of our partners and guests visiting us at a much higher level of comfort and will have an even more liveable event hall for both both athletes and fans,” the managing director added.”