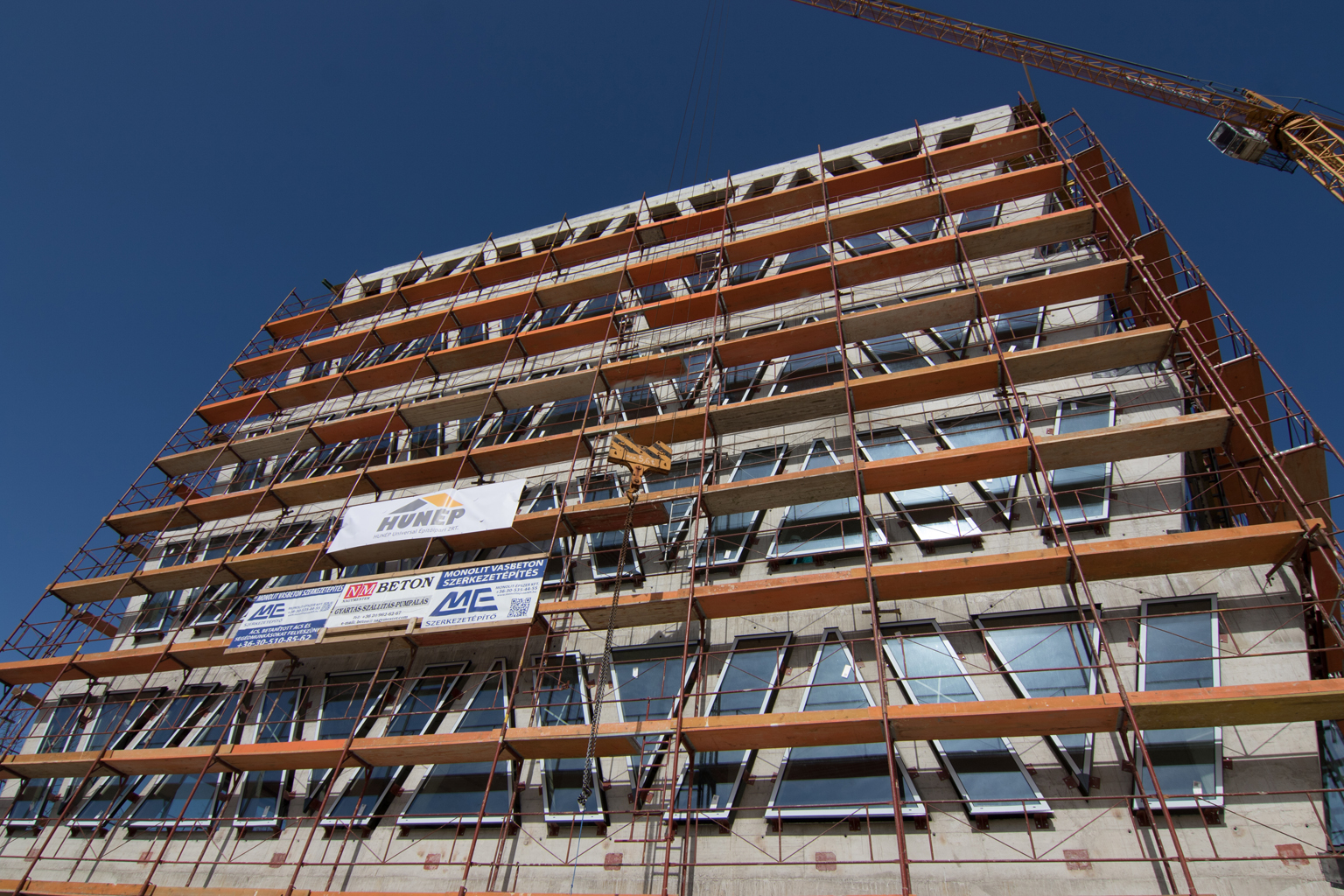 At the ceremony, László Papp, mayor of Debrecen, said that the office complex on Tüzér Street, built in the cooperation of Debreceni Vagyonkezelő Zrt. and HUNÉP Universal Építőipari Zrt., will meet the highest expectations: Forest Offices is a category “A”, LEED Gold certified building.

Construction is progressing according to plan, so the topping out ceremony of the 32,000-square-foot, three-block building could be held in a ceremonial setting on 5 April. With its modern appearance and technical content, the category “A” Forest Offices Debrecen will be a key element in Debrecen’s new business centre. A total of 2,500 peoples may work in the three-wing office complex, consisting of 22,000 square metres of flexibly dividable office space on 6 floors (a ground floor and five floors in the tallest building, and one less in each following wing), as well as 198 parking spaces in the underground garage.

At the ceremony, Gyula Szűcs, CEO and Chairman of HUNÉP Universal Építőipari Zrt., said that they had to move 43,000 square metres of soil and install 2,600 tons of reinforcing steel. He also added: they feel delighted that they can take part as an investor in one of the biggest investments of the New Phoenix Plan.

“The new office building is the largest job-creating investment in Debrecen,” emphasized László Papp, mayor of Debrecen, who also said that Debreceni Vagyonkezelő, the asset management company of the city, has a 60 percent share in the investment. He added that nearly five thousand new jobs have been created in Debrecen in recent years, and this process is continuing now. The mayor also pointed out that their goal is to develop the city horizontally, that is, to create a new city centre in the north-east of Debrecen through the office building.

In his speech, Lajos Kósa, the Minister responsible for the development of cities with county status, stated that the highest-grade office building in the country is being built in Debrecen. As the politician emphasised, the government is determined to eliminate the one-centeredness of Hungary. Debrecen has a significant role in this, as the city can become a significant power centre in the Eastern Carpathian Basin. Kósa said that the economic development of Debrecen predicts that it may soon catch up with Győr, as its market power reaches from Kosice to Cluj-Napoca. A good example of this is that the traffic at the city’s airport will soon overtake that of Kosice.

With eco-friendly, energy-efficient architectural solutions, bright interiors, a green roof, a terrace, a café and a restaurant, the complex creates a cosy environment in the Great Forest area. As a result, a new urban landscape is emerging in the area, adapting to the new, modern buildings in its vicinity (Campus, Phoenix Hall, Debrecen Sports Swimming Pool).

The office building will be really spectacular and unique with its large windows: many of these have already been installed, but a total of 5,216 panes of glass will be put in place during the construction.

The investment could create 2000-2500 new jobs in the SSC (shared service centre) sector.

The LEED Gold-certified office building designed by Bord Építész Stúdió Kft. is expected to be opened in the third quarter of 2018. 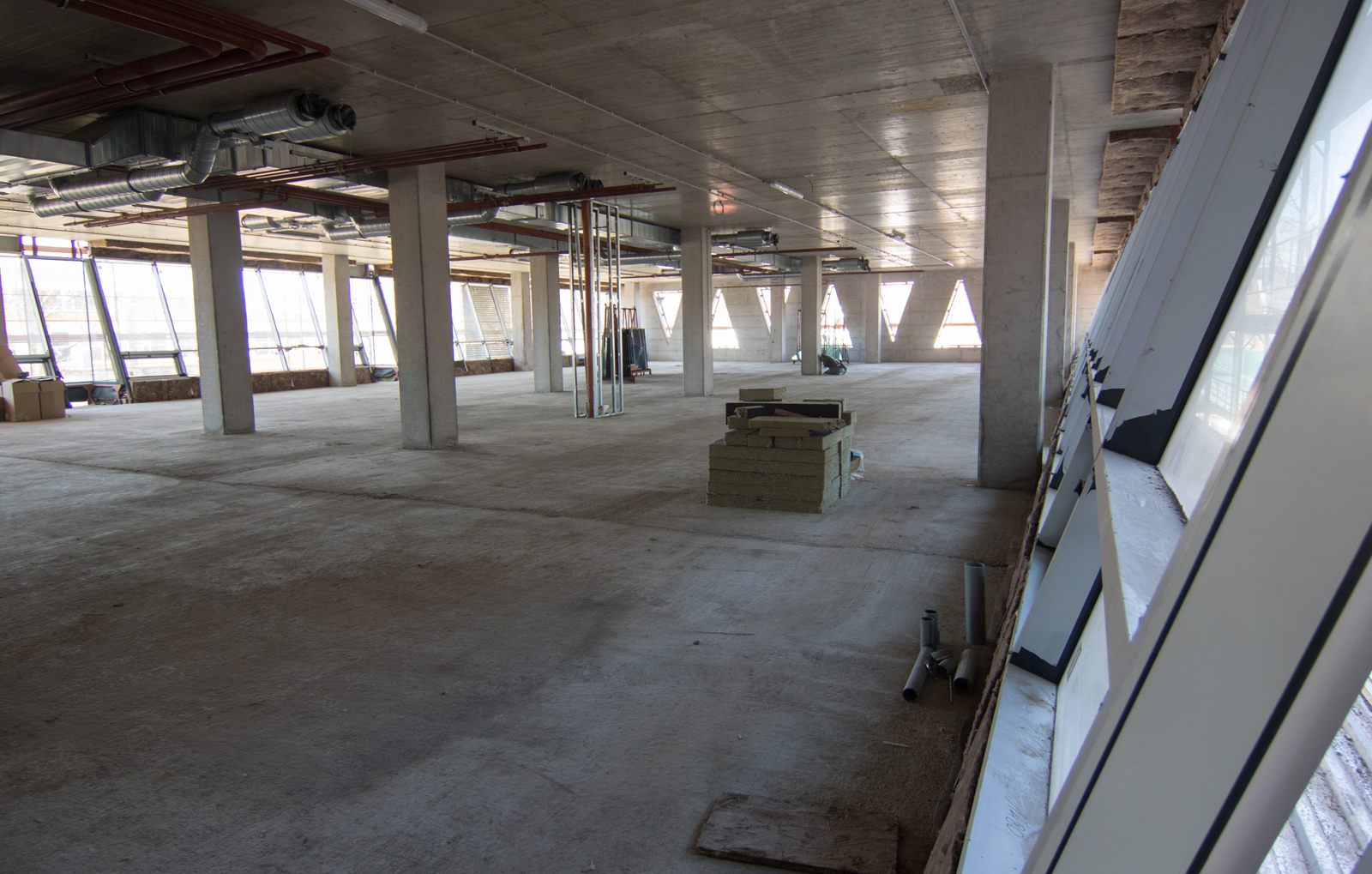 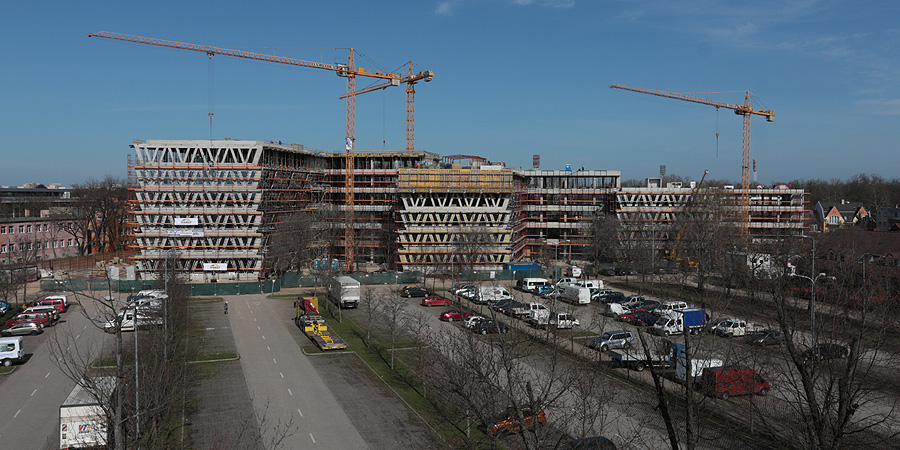 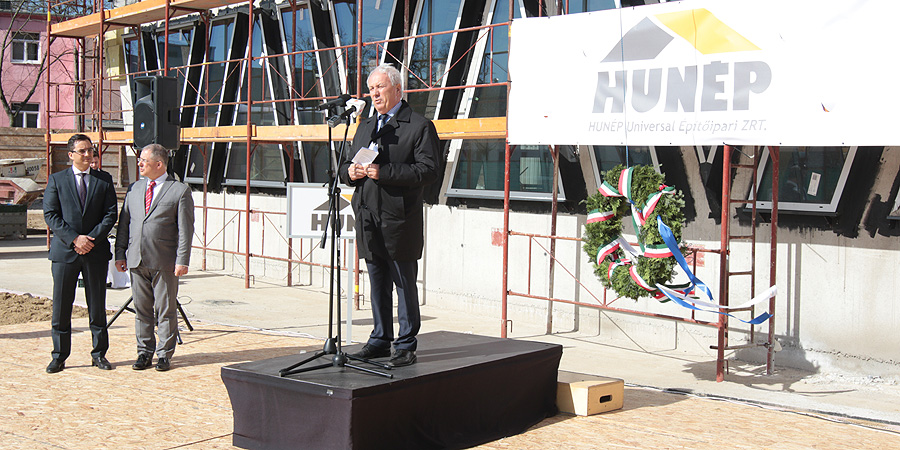 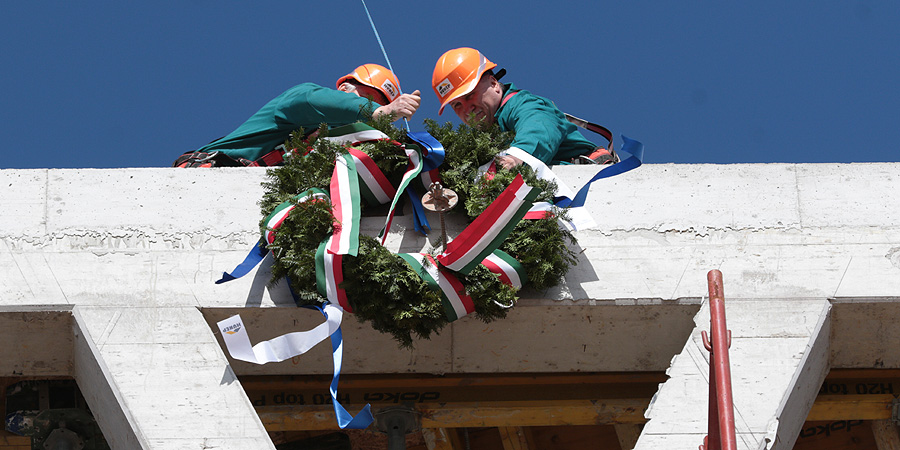 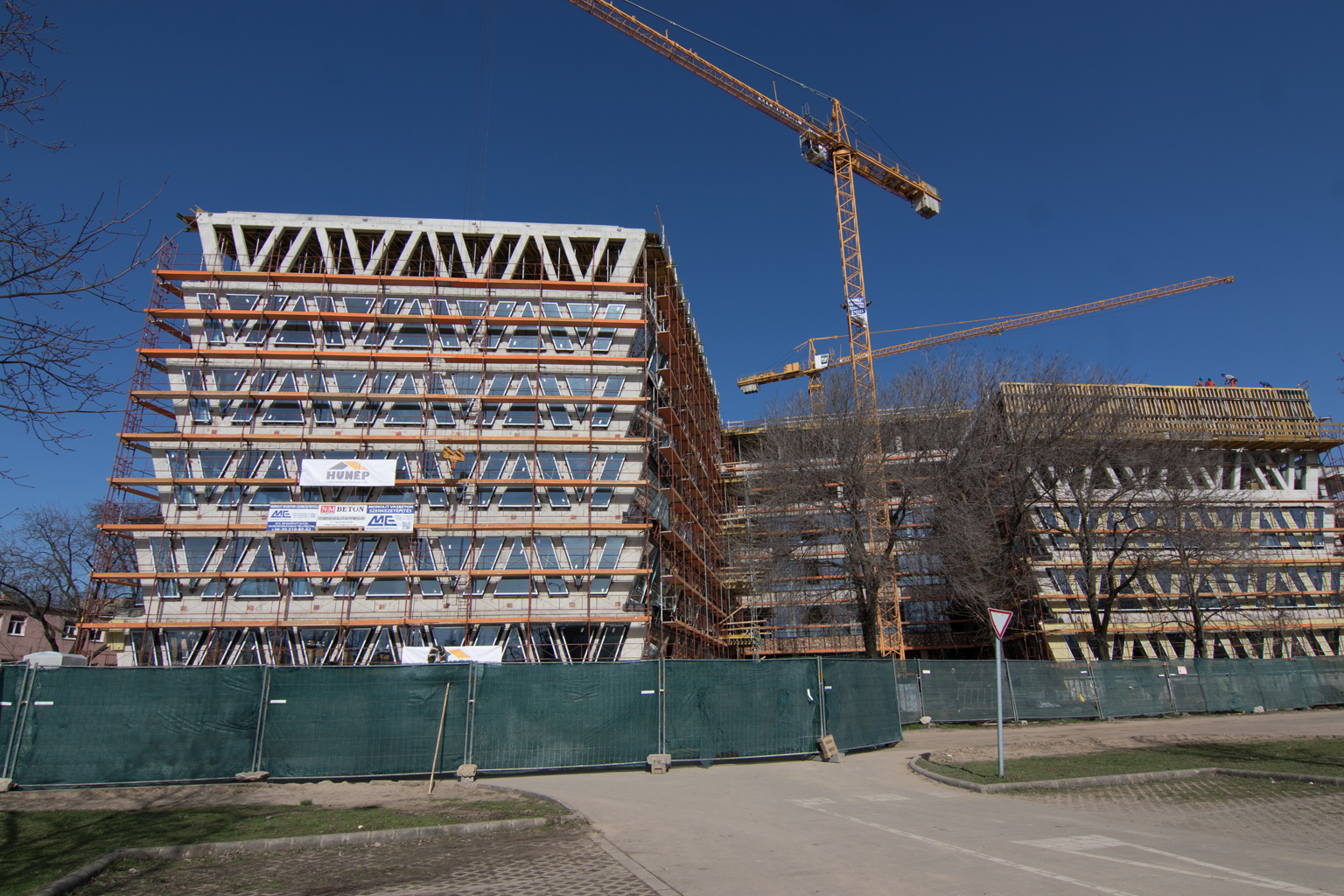 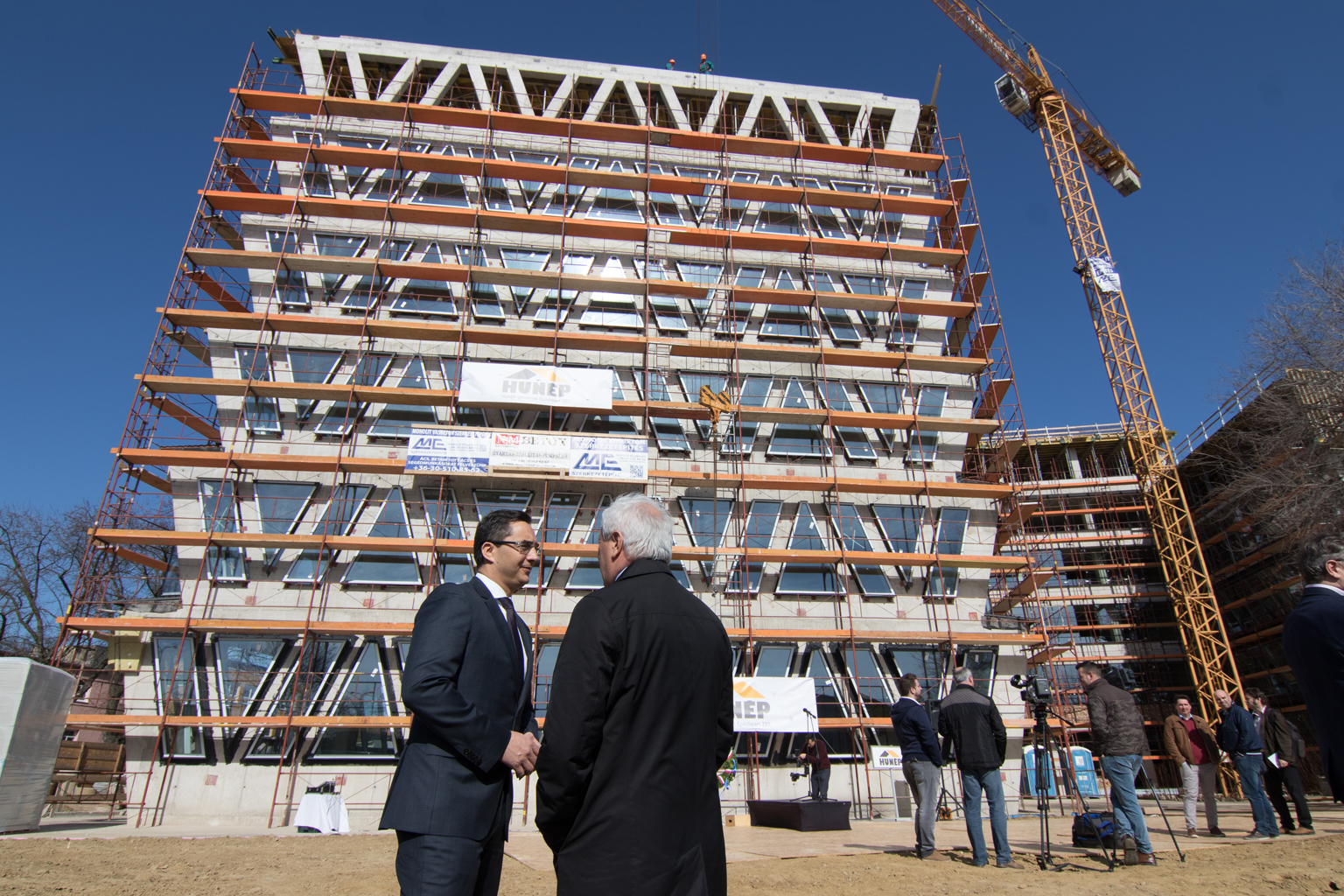 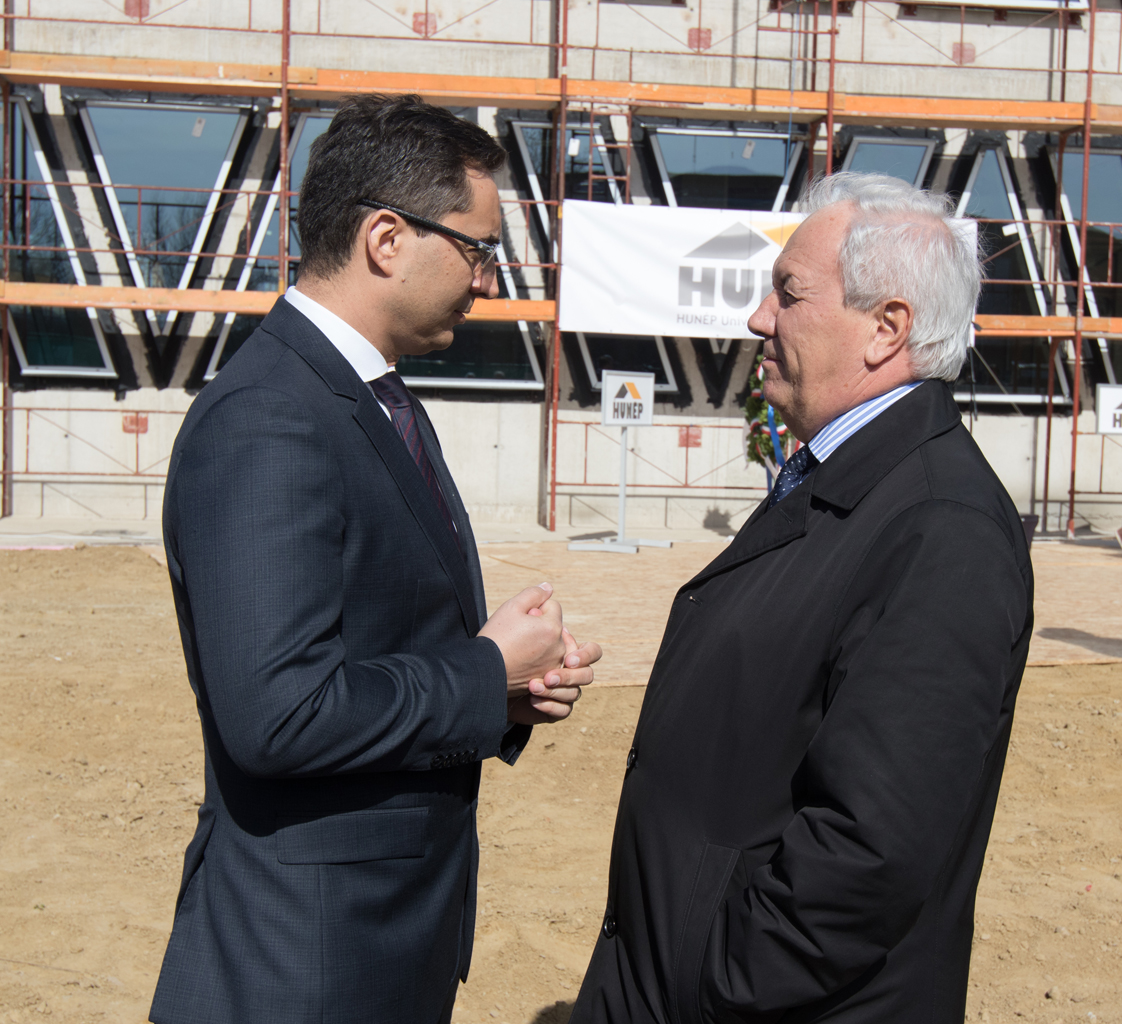 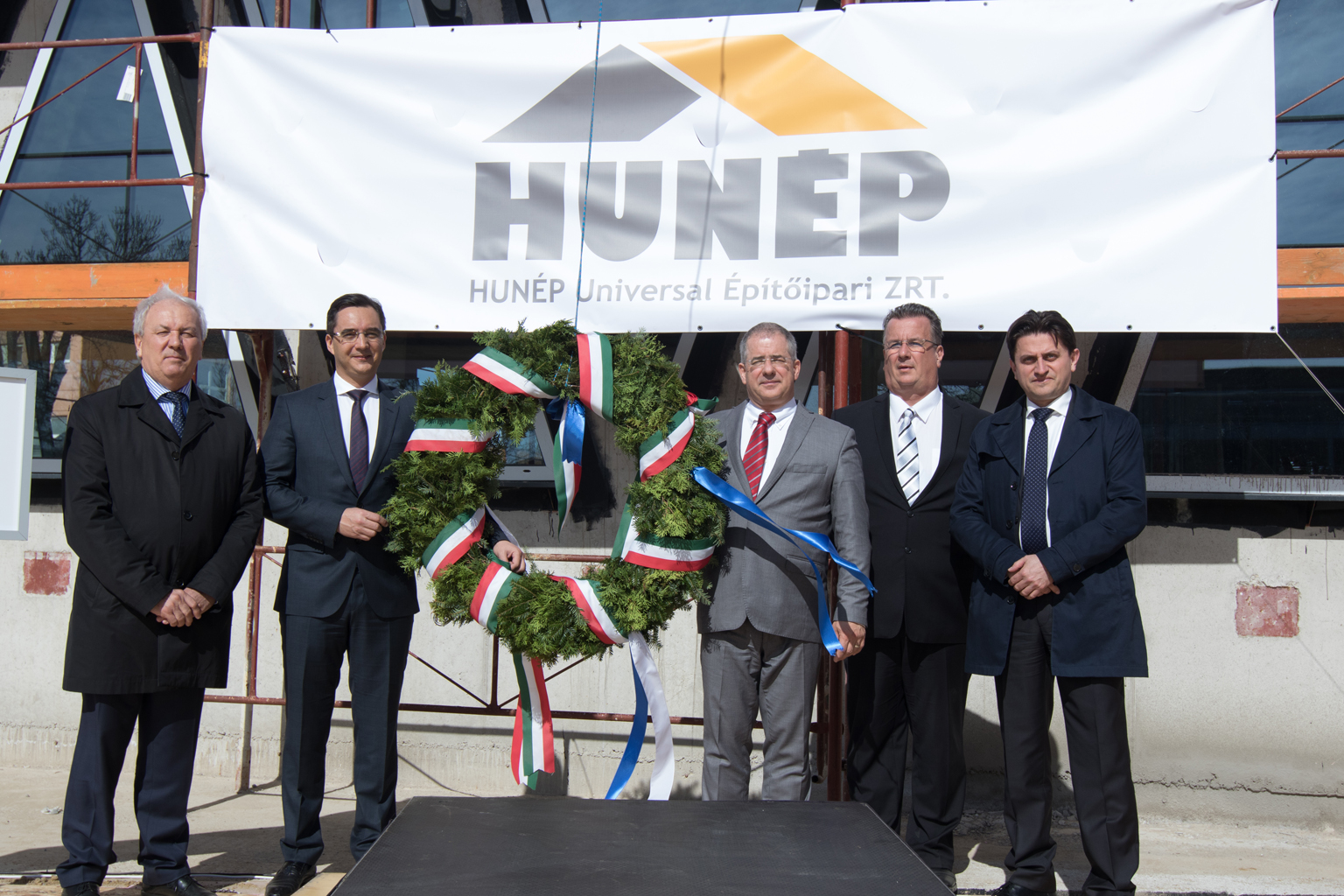 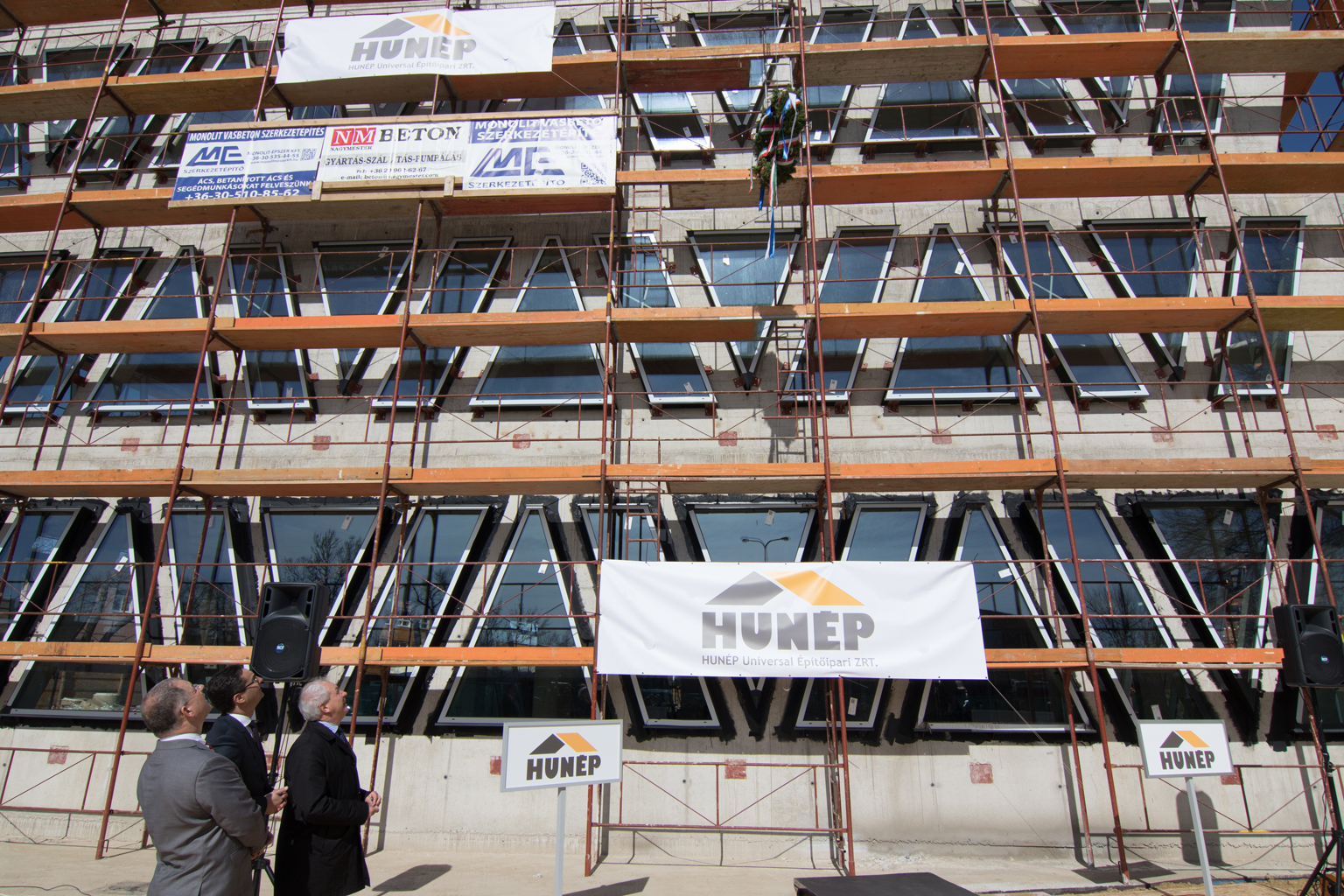 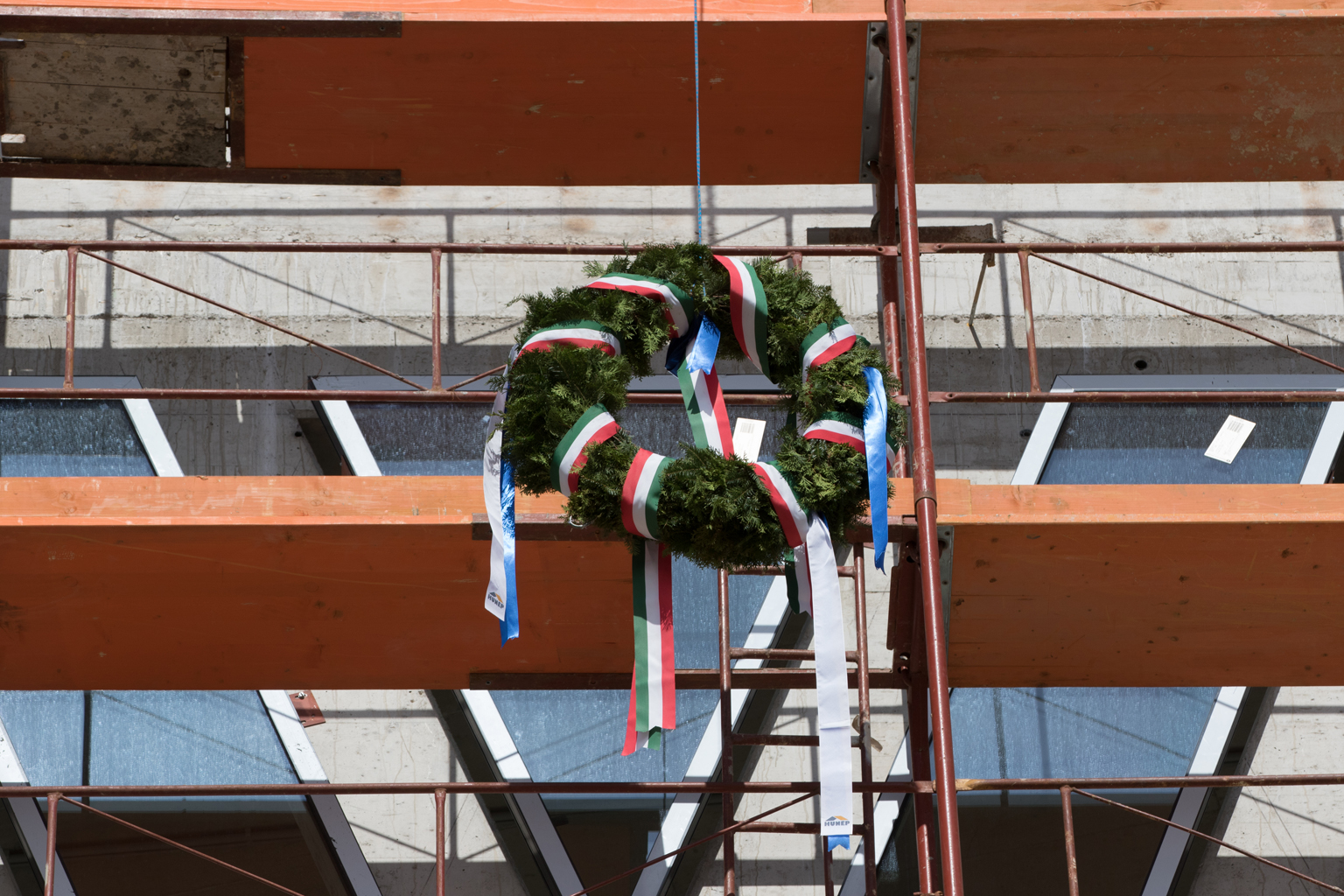 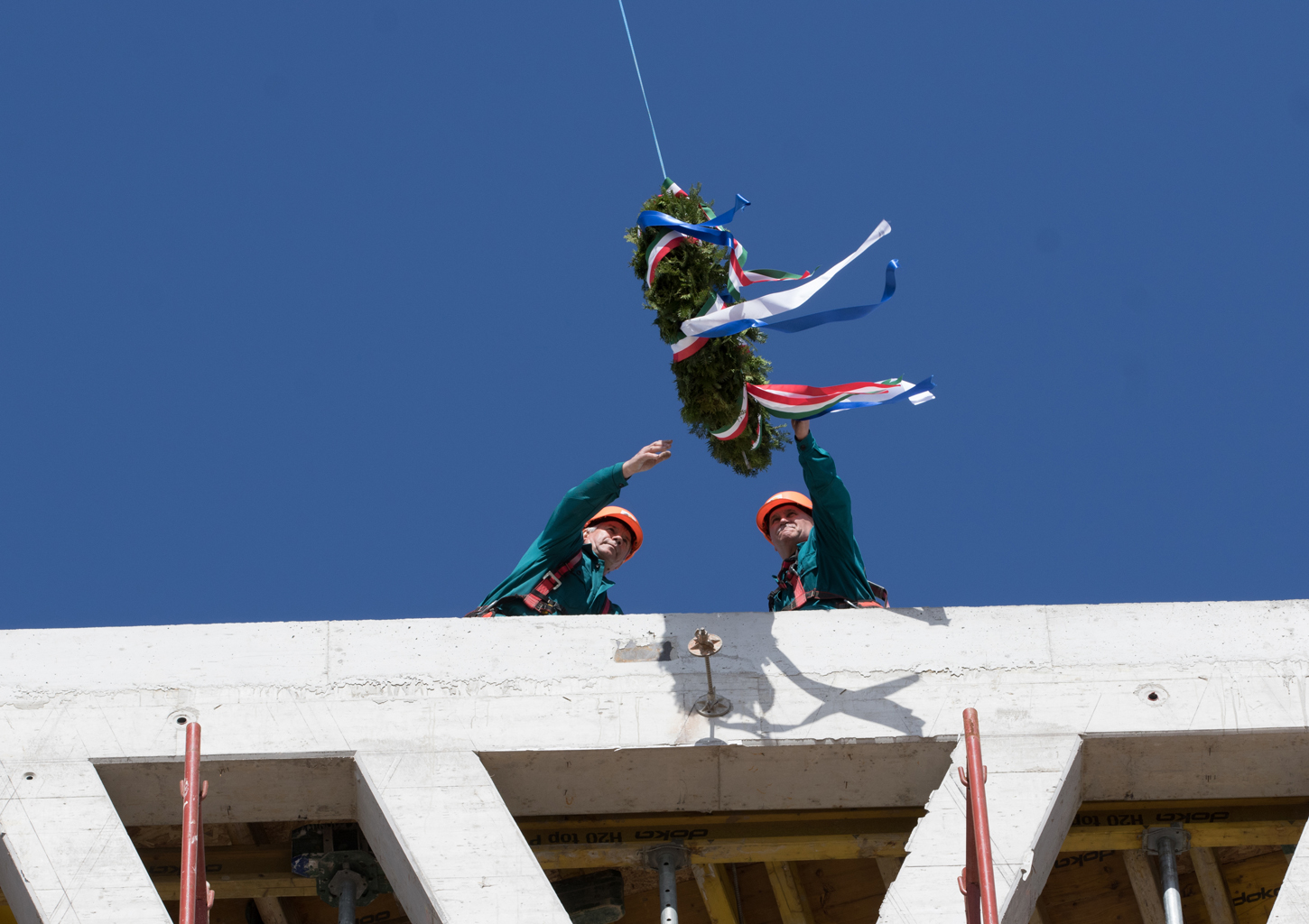 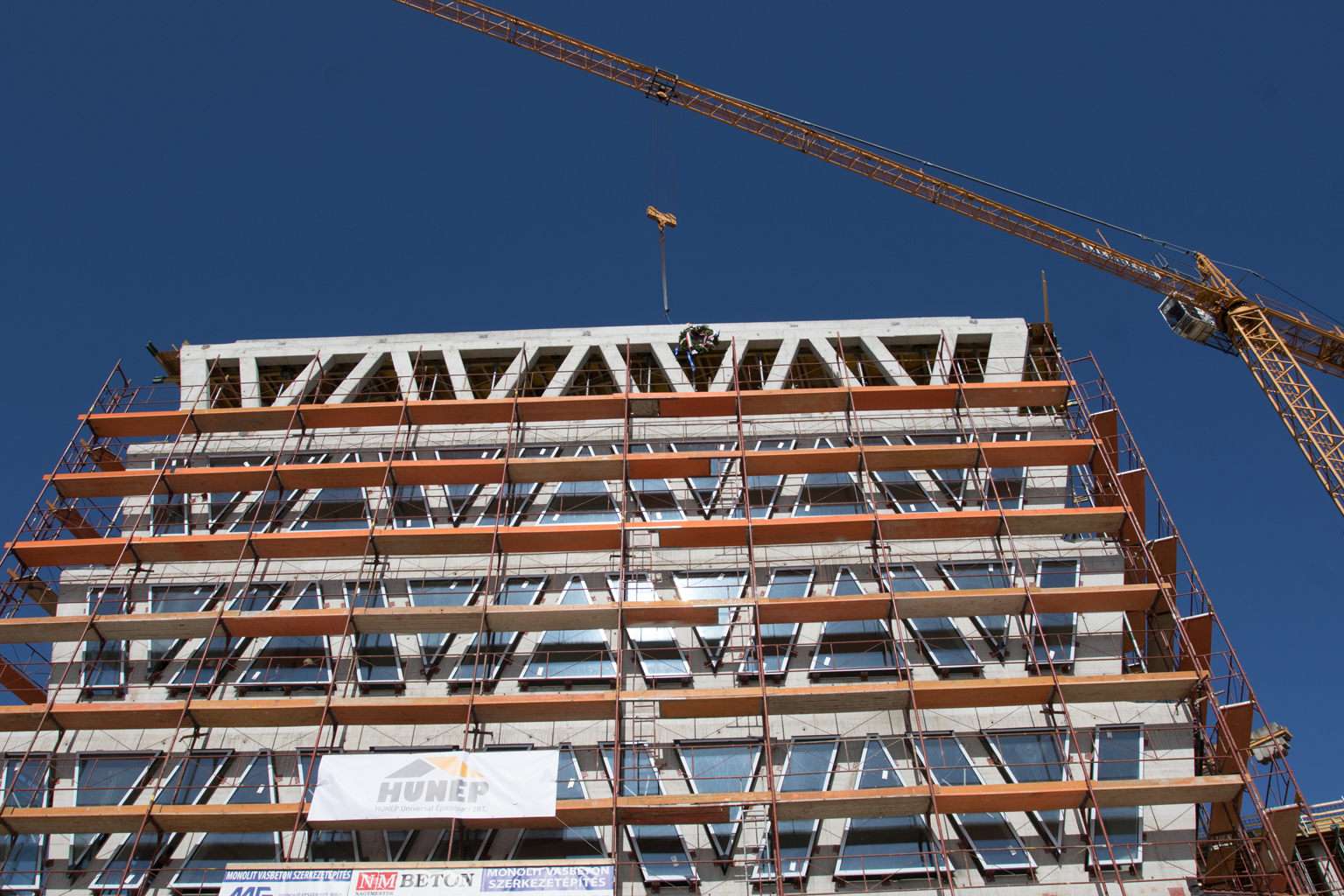 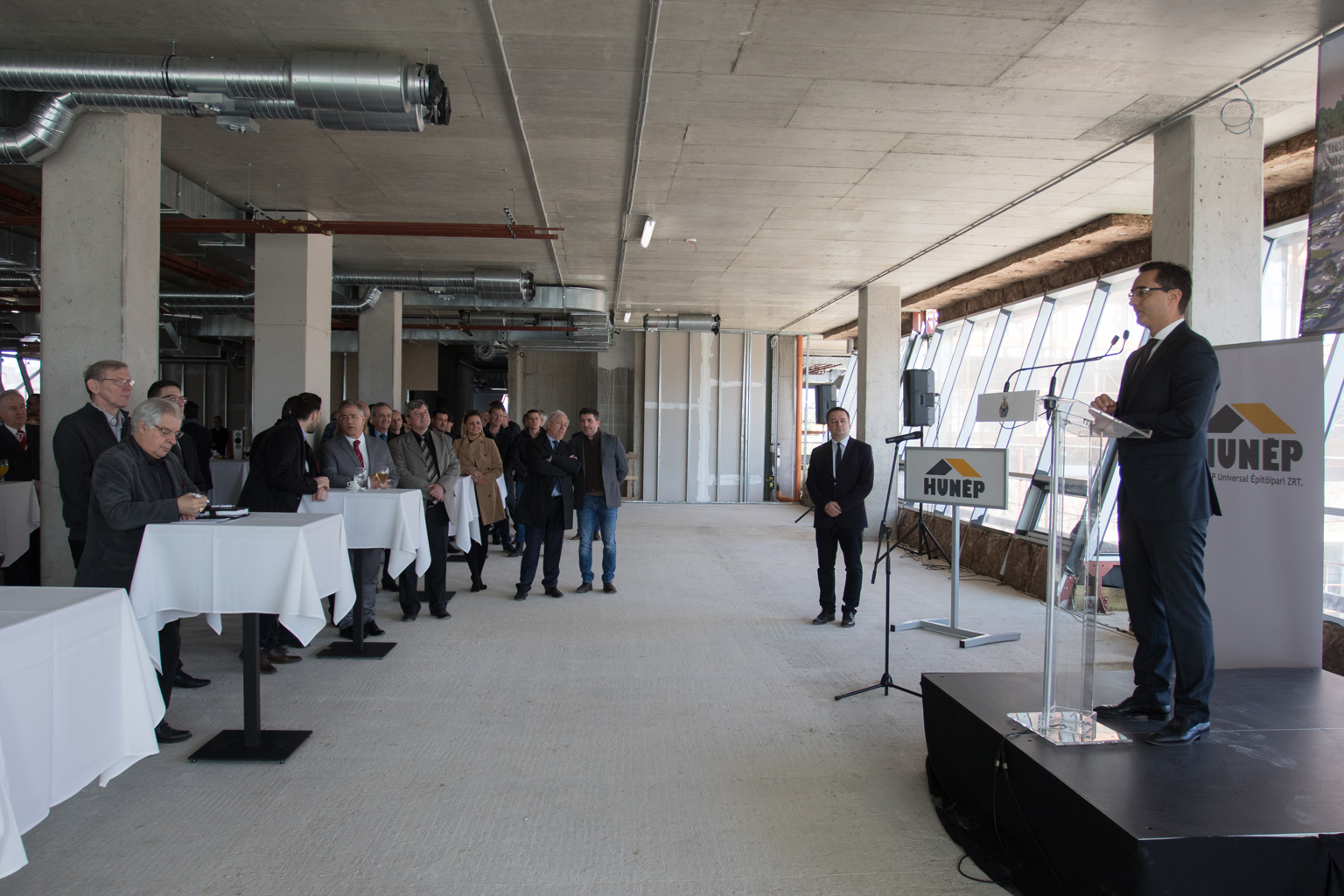 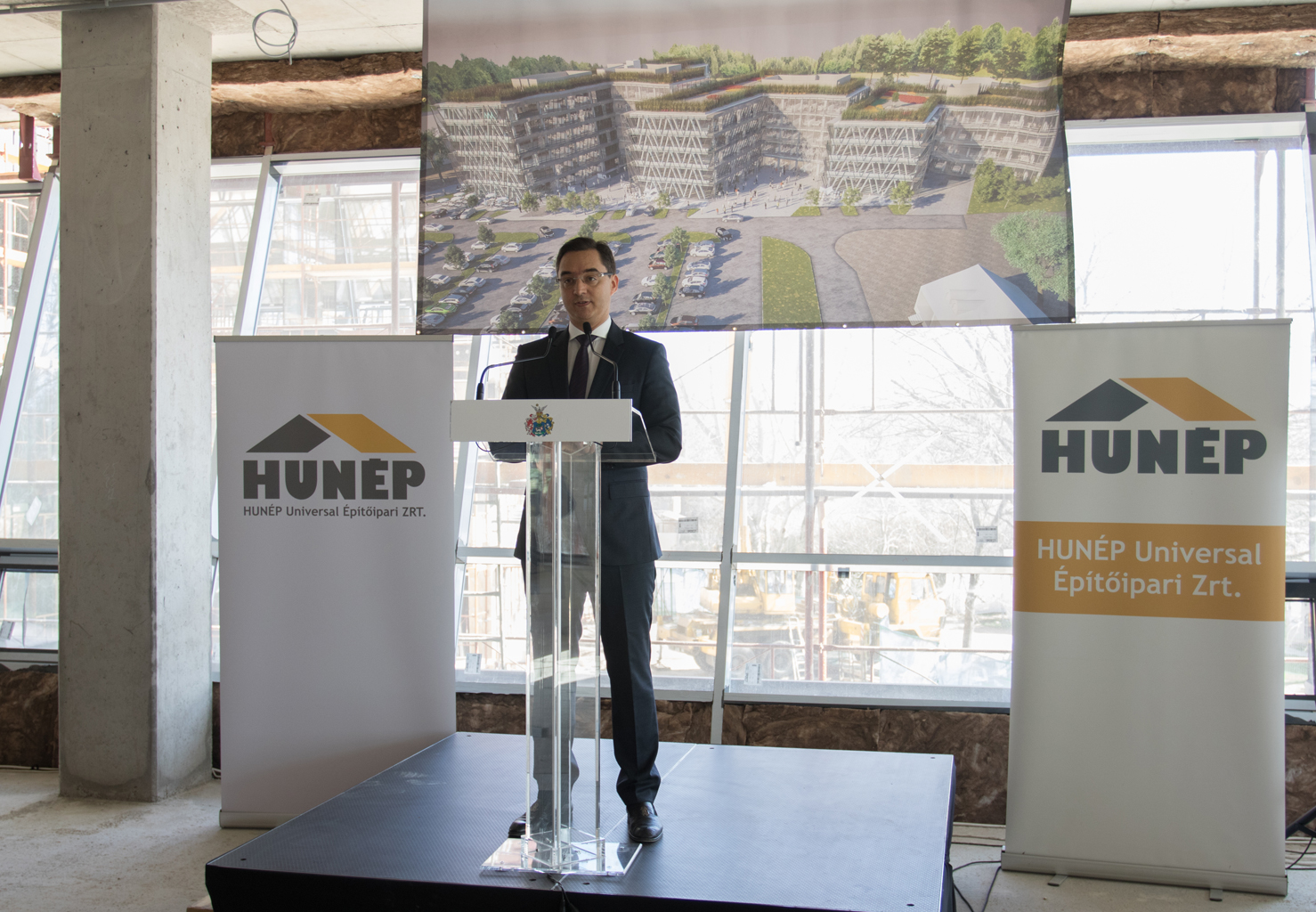 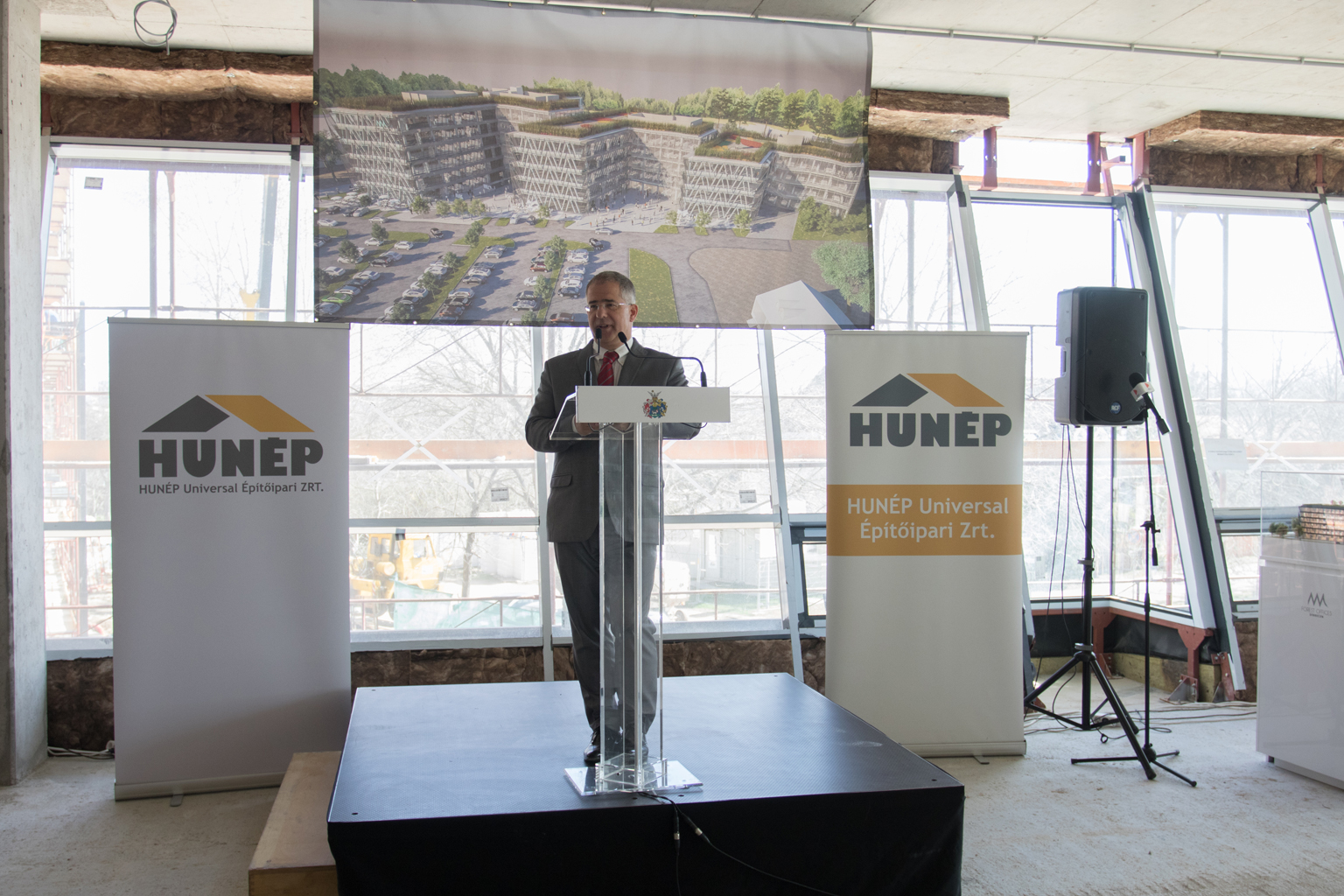 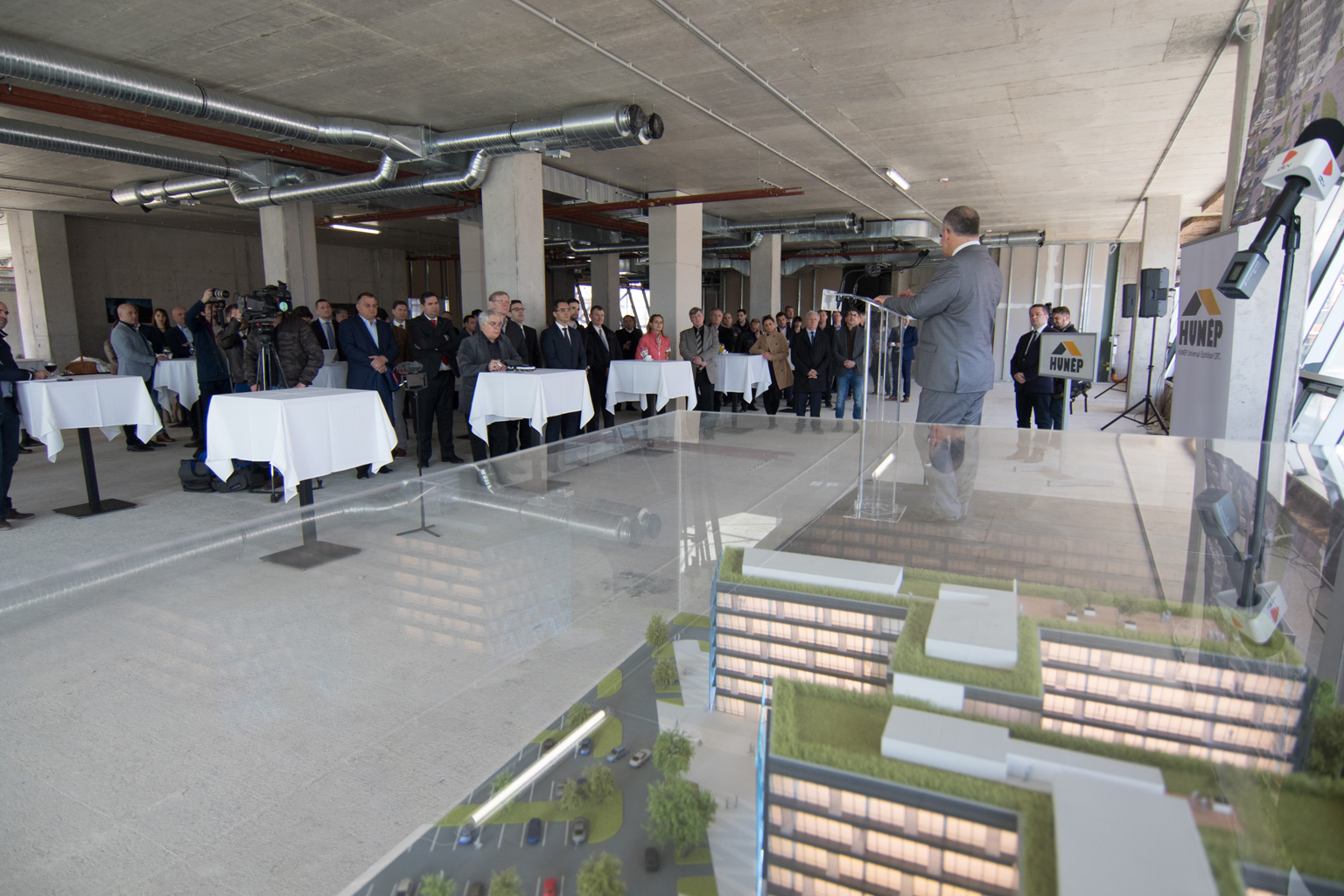 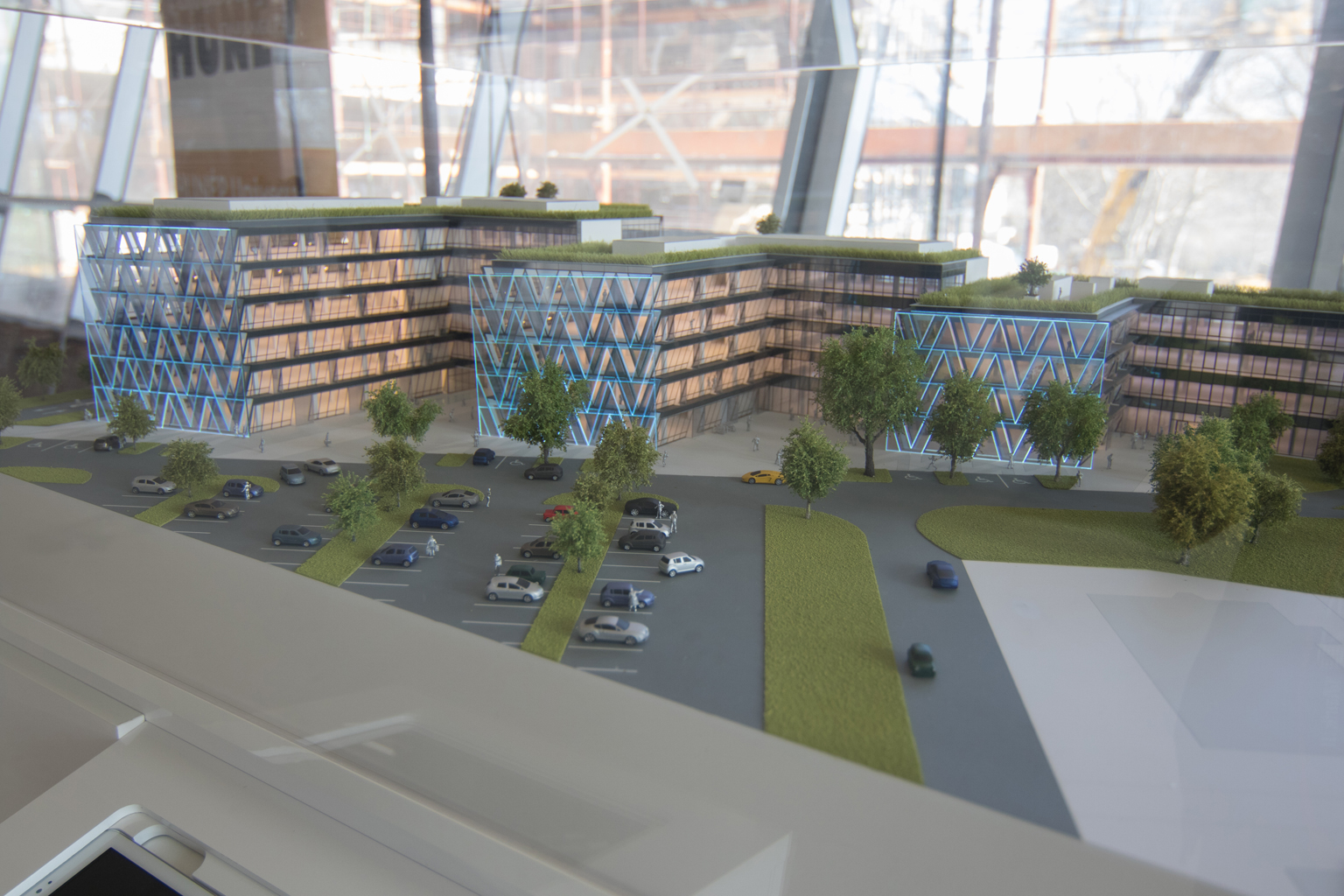 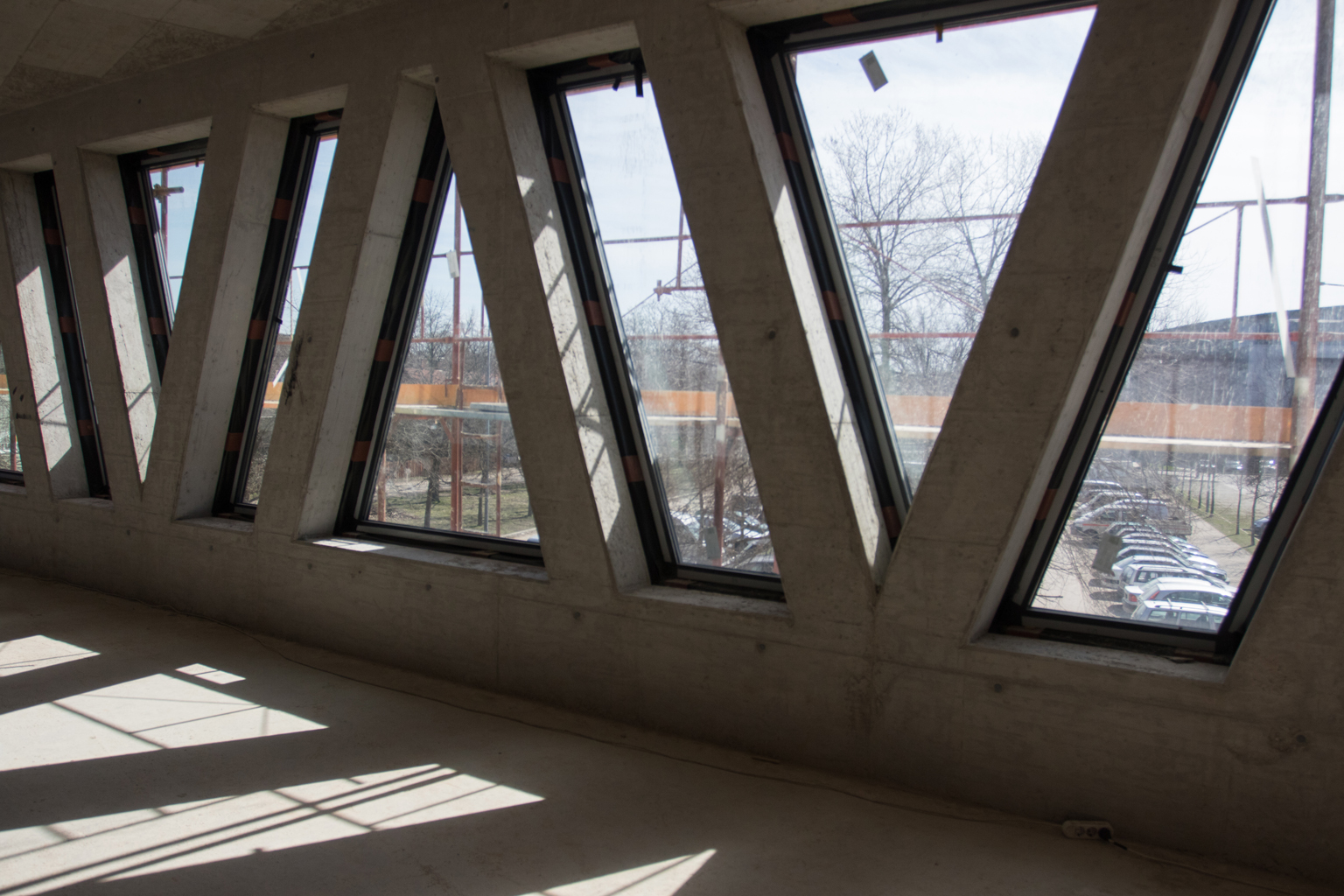 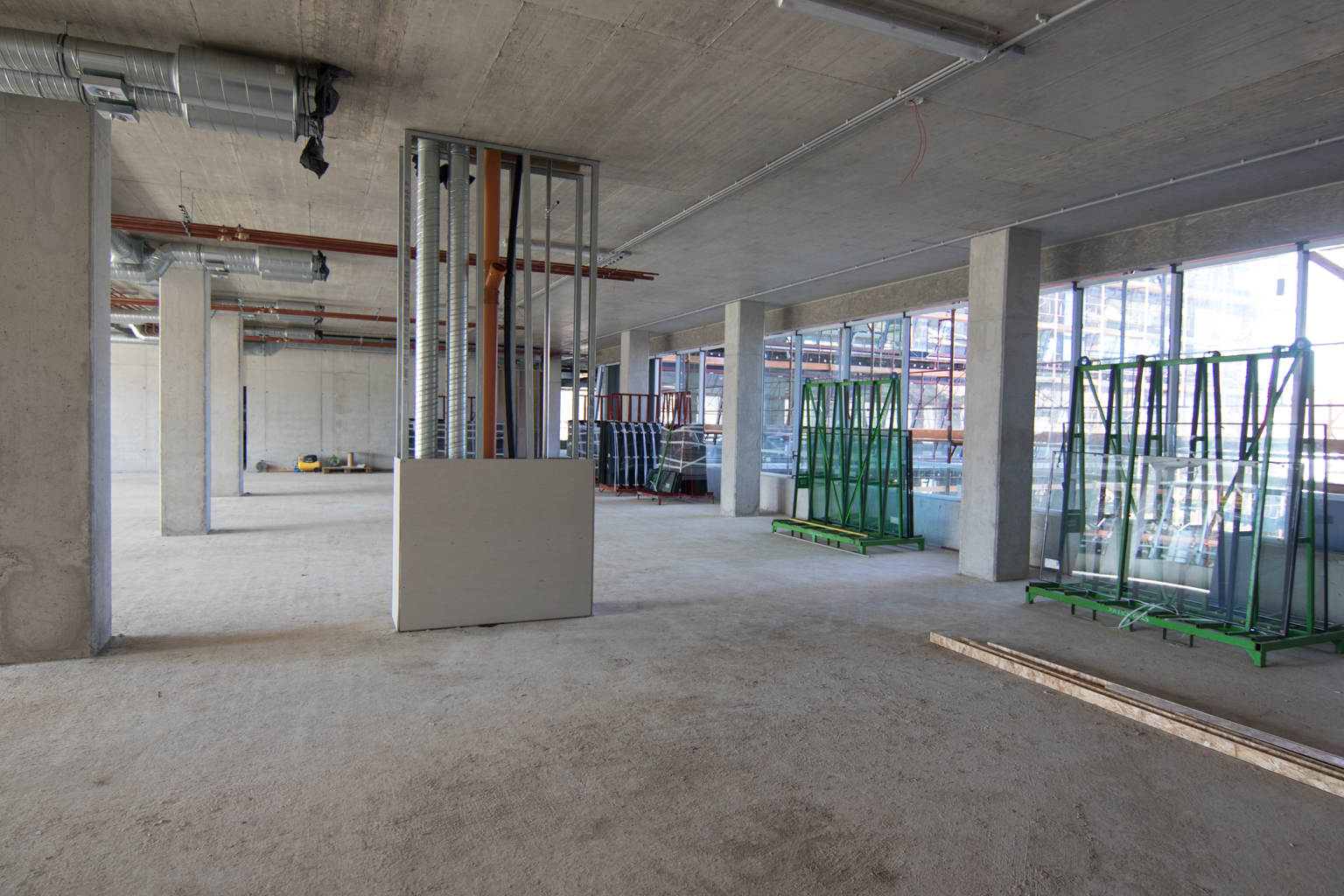