New school and kindergarten inaugurated by the minister in Geszt 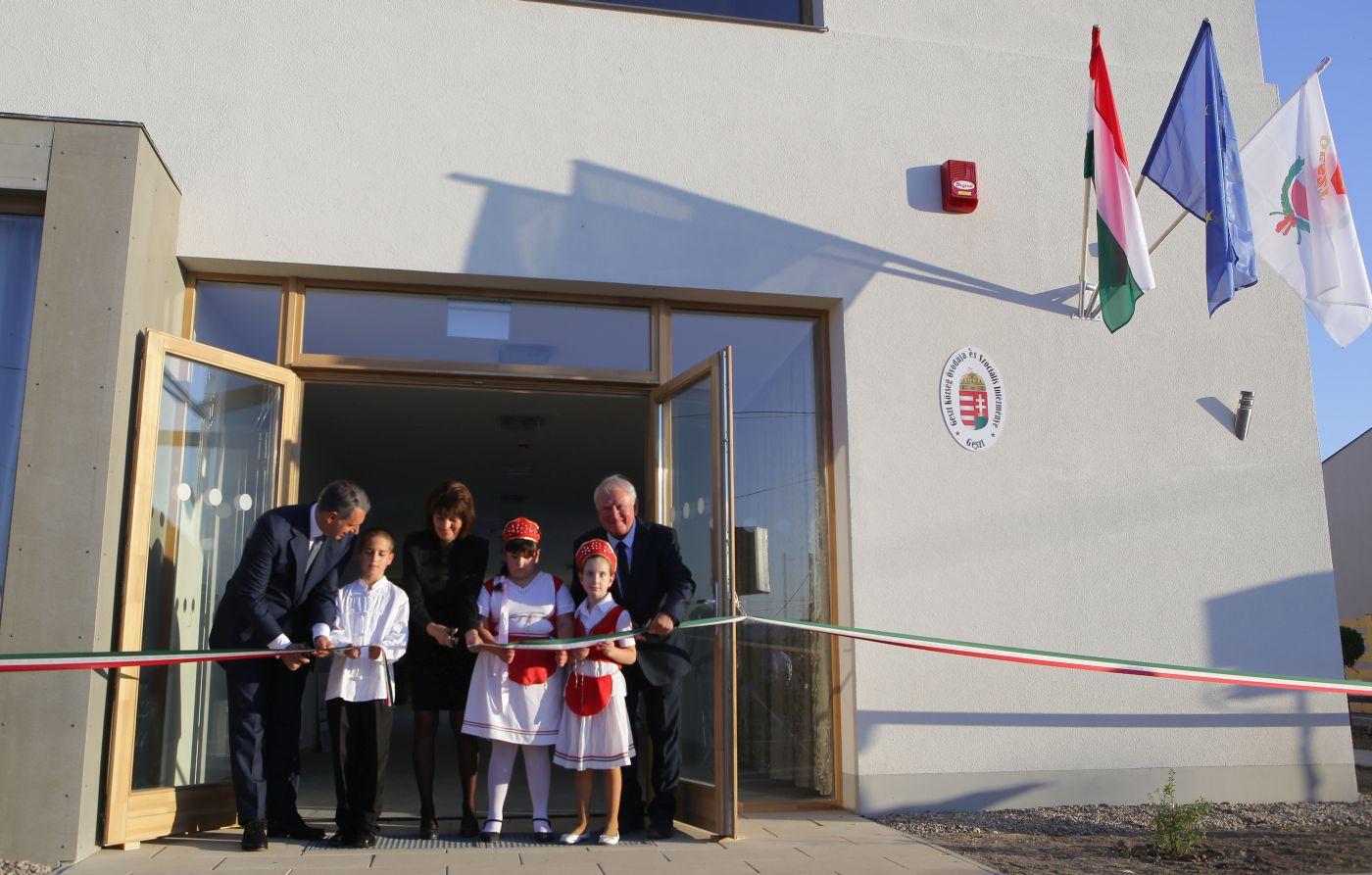 In a ceremonial setting, in the presence of Minister János Lázár, the brand new building of the primary school with a gymnasium, as well as the village kindergarten, kitchen and dining room were opened on Wednesday in Geszt.

A significant development, in a total value of over HUF 1 billion, has been completed in Geszt (pop. 800), on Kossuth Lajos Street, which is the main street of the village. No public institution has been built on the settlement in Sarkad district since the 1700s; so far all the institutions operated in a building originally built for a different function.
Through the development of the Hungarian government, a brand new building for the local Arany János Primary School was built for 800 million forints, with eight classrooms, as well as other premises including a gym, so the students will start the next school year there instead of Tisza Caste. The two-group kindergarten, with its own kitchen and dining hall, was built on the plot next to it, from an investment of HUF 300 million by the local government.

“Four million people live in rural areas, and the task and mission of the Hungarian government is to create opportunities for everyone, including those in Geszt, the Sarkad district and Békés county,” said János Lázár. The Minister in charge of the Prime Minister’s Office emphasized that the southern and eastern parts of the country should also have a chance, as it isn’t the fault of those living here that they have been moved from the centre of the country to the periphery due to the Trianon Peace Treaty nearly 100 years ago. He called this region the reserve of Hungary. He said that after many decades, Békéscsaba will be connected to the expressway network, thanks to which they can create more jobs, and through a HUF 500 billion project, they will connect the county seat of Békés with Szeged and Debrecen.

János Lázár congratulated the people of Geszt for the two developments, as well as the children and their parents for persevering in the community through the difficult times, thanking them for their patience. Speaking of teachers, he added that the ability and added value of an educator really shows itself in a place where parents are struggling for their daily livelihoods. He believes that the experts of Békés County have undertaken a special vocation and mission.

“The Hungarian state rearranged things, and everything fell into place after the communist regime expelled the Tisza family from Geszt after the Second World War,” said Dr. Zoltán Maruzsa, Deputy State Secretary of the Ministry of Human Resources, referring to the fact that the castle will subsequently function as a spiritual, educational and cultural centre. He explained that the Hungarian state has now also repaid an old debt, since in 2013, the operation of primary and secondary schools was transferred from local governments to the state, the role and responsibility of the state appeared, and they tried to create the conditions for quality work everywhere in professional and infrastructural terms. He reminded that in recent years, 500 institutions have been renovated, there have been 82 projects with a total budget of 38 billion forints resulting, for example, in the construction of gyms and swimming pools. Approximately 500 other development projects in the value of HUF 80 billion are also in the pipeline.

In his speech, Dr. József Kovács, member of Parliament, highlighted the cohesive force arising from the respect toward the Tisza family. He called the developments in Geszt, the upgrading of the road between Nagygyanté and Geszt, as well as the renovation of the area around the crypt of the Tisza family, among other things, a huge opportunity. He emphasized that the settlement gave the country two excellent statesmen in the person of Kálmán Tisza and István Tisza, who each returned to their home villages of Geszt. He said he believed that the watchful eyes of János Lázár will continue to follow the developments in Geszt. 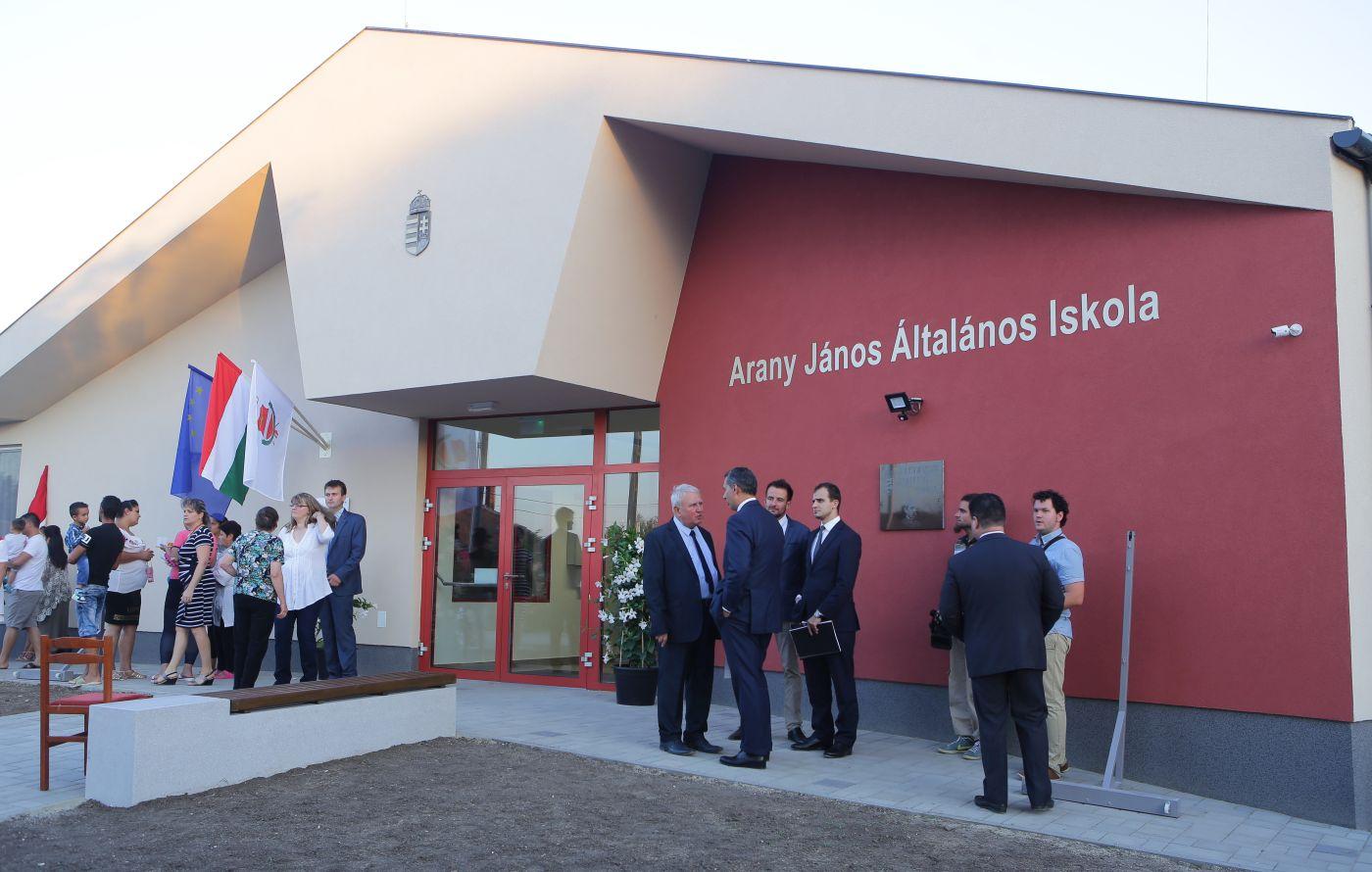 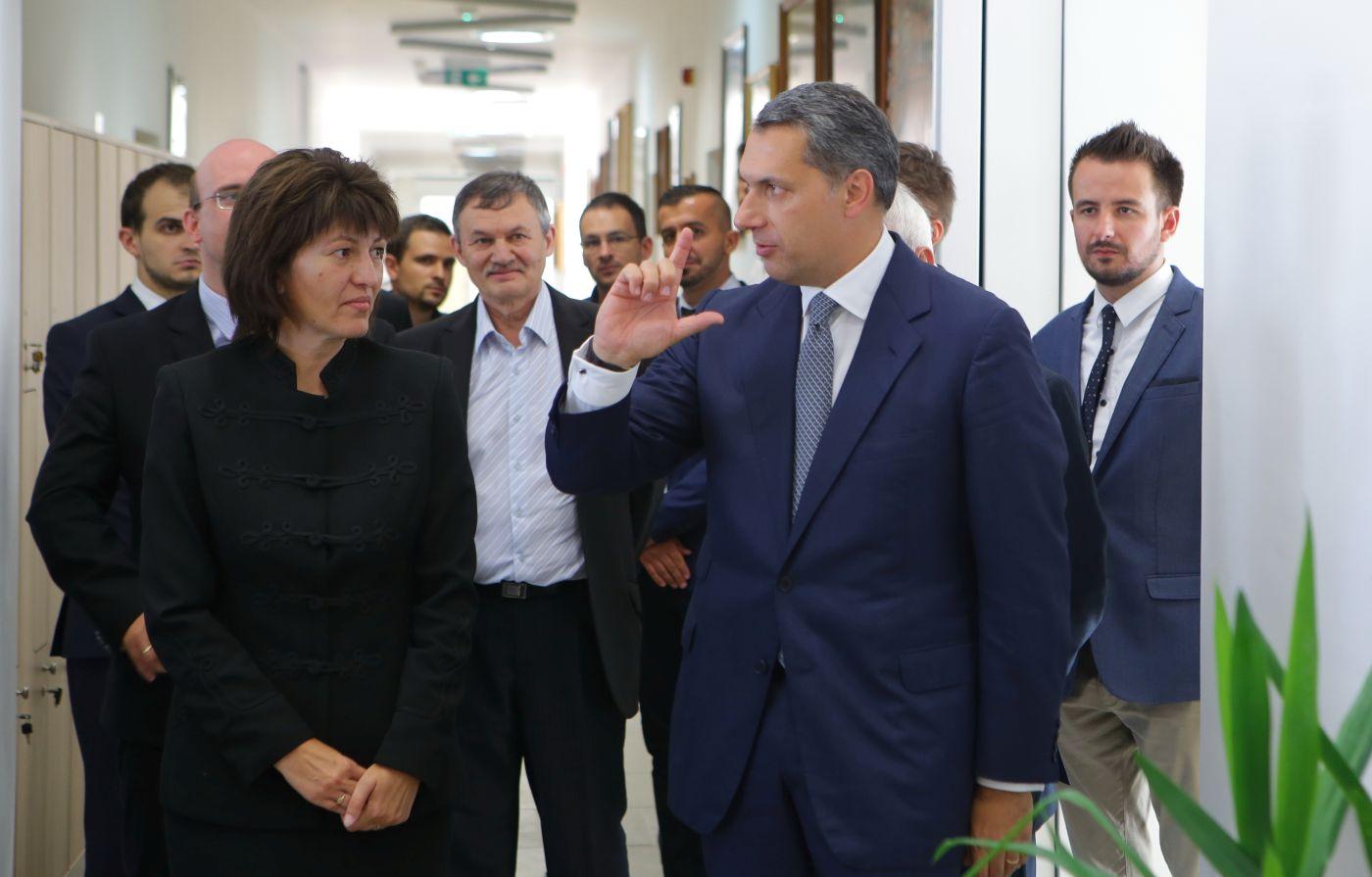 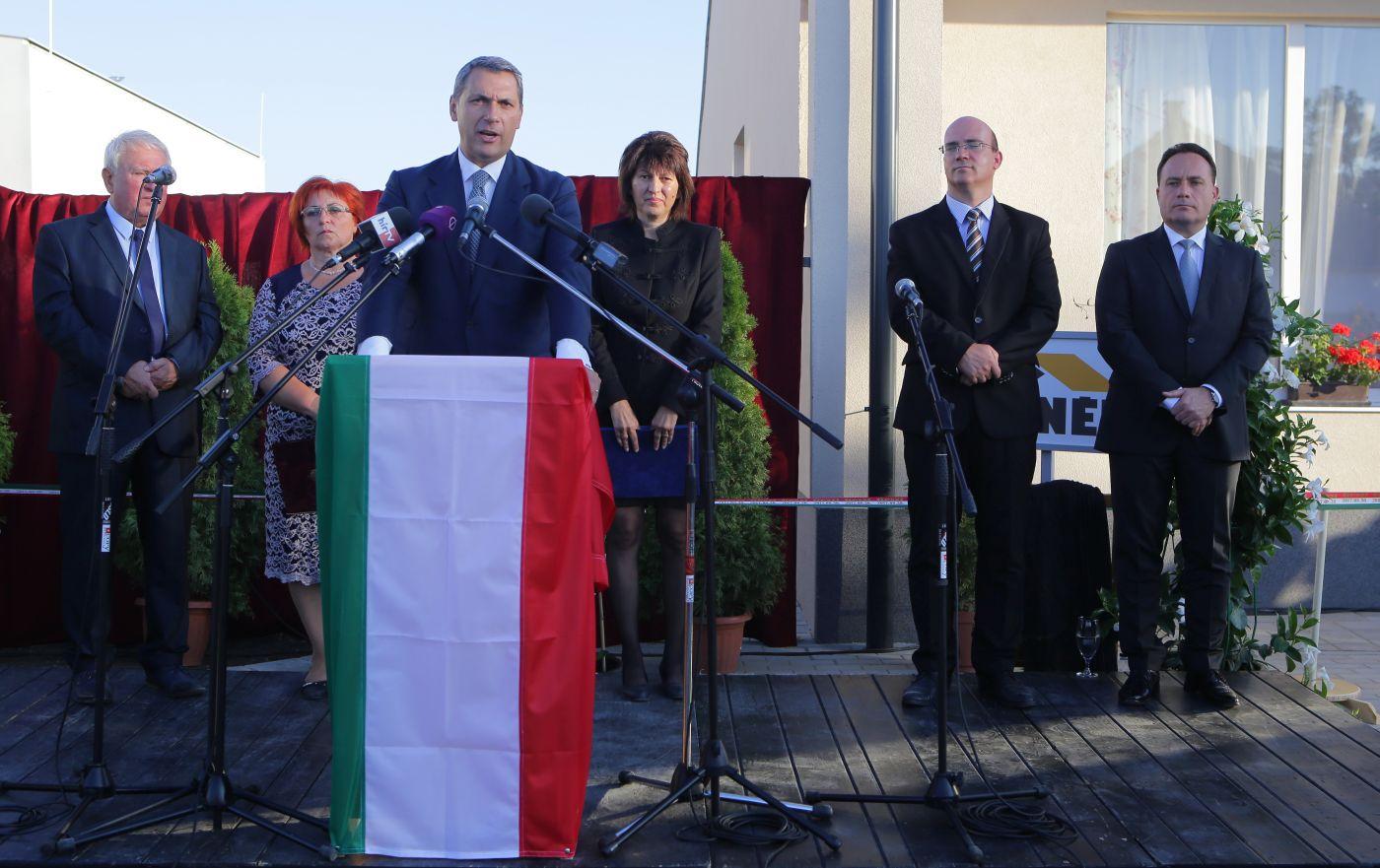