The internal demolition works have started in Csokonai Theatre 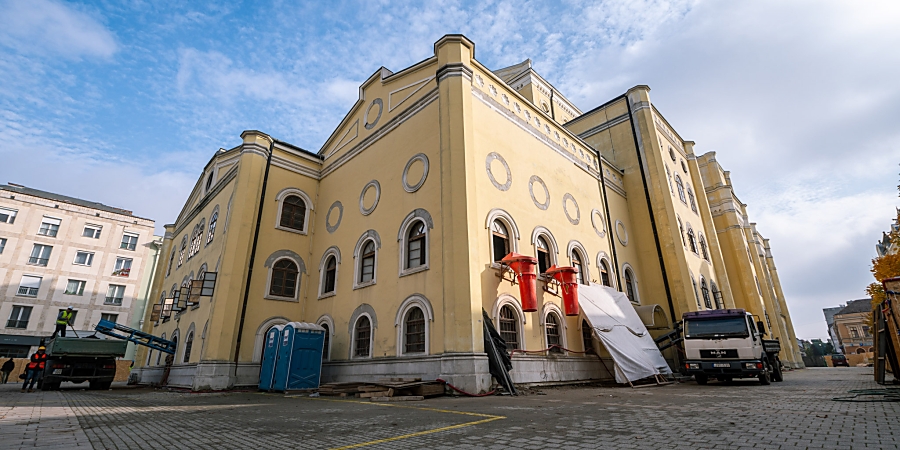 Eighty people are currently working on the city’s iconic building, which will be one of the most modern theatres in Hungary in three years’ time

Instead of prose and musical performances, Csokonai Theatre echoes of the sound of jackhammers these days. The interior demolition works were started more than a month ago, and are expected to take four months. The magnitude of the task is well illustrated by the fact that approximately 5,000 cubic metres of debris will have to be removed during the demolition works.

“The general demolition works are at a high level of completion on the ground floor and the basement level, while on the upper levels the doors and windows have been taken out. The removal of the electrical and other building engineering systems has also been completed”, Tamás Hegymegi, director of production at Hunép Zrt., explained. “There are currently 80 people working on the interior demolition of the theatre. The work is progressing according to the original time schedule, so we can start dismantling the stage technology next week,” he added.

István Puskás, vice mayor of the city, who also participated at the site visit today, said that the theatre building of prestigious history is good hands. “I can see that the work is already in full swing here, so it’s more than a promise and more than hope, as we can now rest assured that the renovation of this beautiful theatre will be completed, and it will serve in our city as a much higher quality venue of entertainment in 3 years.”

The complete renovation will cost HUF 9.6 billion, and in the process, the building will be renewed inside and out. State-of-the-art stage, sound and lighting technology will be installed in the theatre. The seating capacity will also be expanded, so in 2023 more than 600 people will be able to enjoy the performances here.