The bar was set high at HUNÉP (also) last year 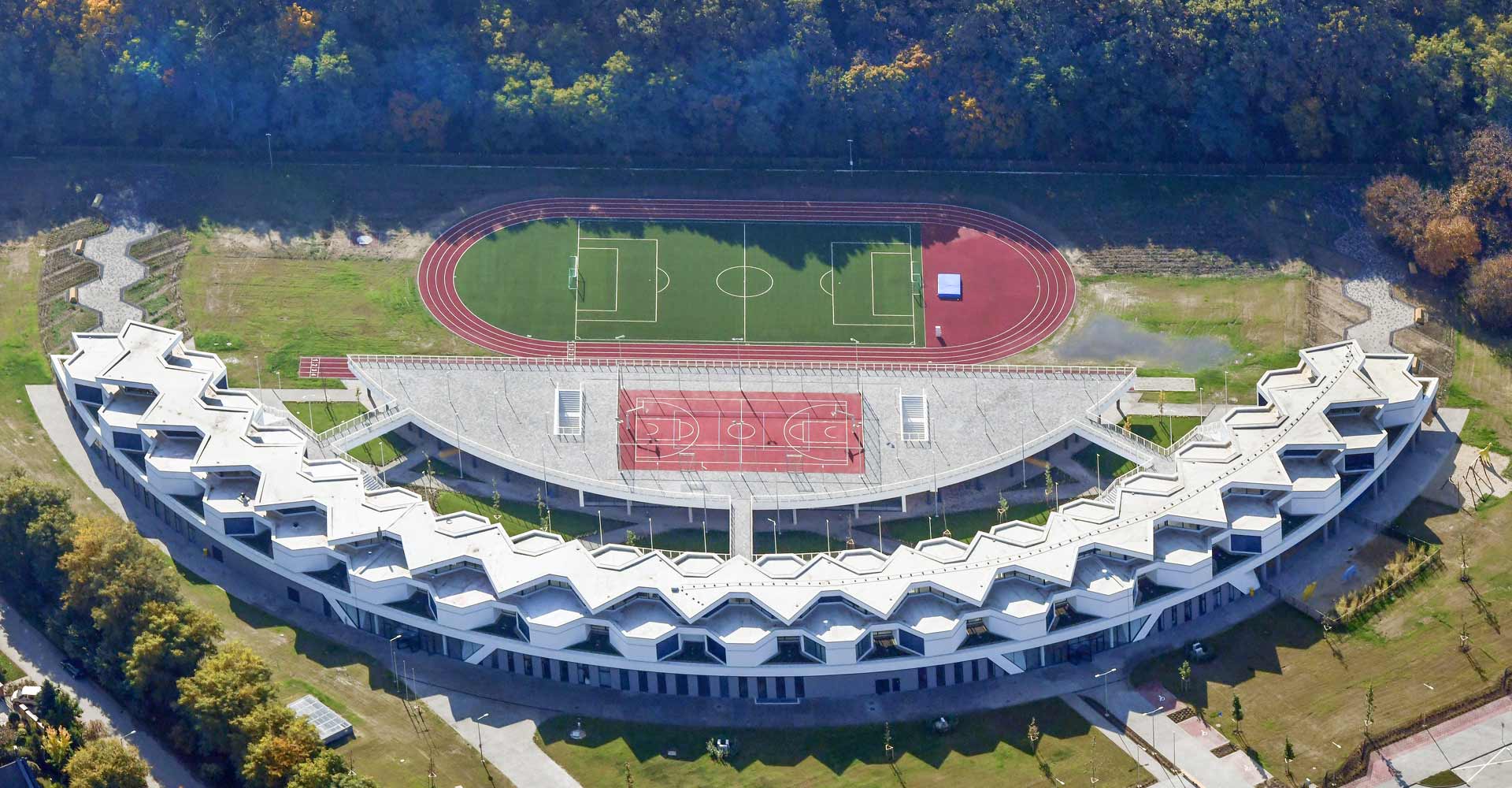 The construction company started the year 2019 already with a new, younger management

Miklós Bakos, CEO of HUNÉP Zrt., started his evaluation of the year by saying that the transition of the new management into office was preceded by preparations that practically spanned the entire 2018 year. “We established the new organizational structure together with the earlier management and the members of the board of directors, and this is how we “set out” for 2019. It is important to note that the members of the new management are only new in their current positions, but otherwise they are all experienced colleagues, who have proved their abilities over the past several years,” the CEO said.

As he said, in the course of preparing for 2019, they drew up a precise economic plan, which took the portfolio of contracts, including those with their terms continuing into 2019, as the basis for the revenue side, and an accurate expense plan was also prepared, which took into consideration the changes of the current year. This document determined where they wanted to get, what the expectations of the shareholders are, and what goals the management set for themselves. Parallel with the planning, the actual work also started. “In the first round, we set as an aim that the level of trust and satisfaction that HUNÉP enjoys from its partners should be maintained. This was necessary because the generational shift and the changes in management that it involves, inevitably raises questions, the best answer to which is if we continue to perform our obligations undertaken on time and in the same high quality that is expected from us. At the same time, we also had to determine the direction for the following years. We have come to the conclusion that we intend to increase the share of industrial-type projects, which have represented a smaller proportion at HUNÉP in the past, in our portfolio. The reason for this is the possible narrowing of the public procurement market, and in addition, we also believe that the investments expected to arrive in Debrecen will also create opportunities for us,” Bakos said, pointing out the directions.

He added that the company has accomplished the aims set in its plan, which required immense efforts, but it was very important that it should happen this way. Equally important was that they should deliver what they undertook, by the relevant deadline and in the expected quality, since (as he said), after a generational change, the first economic year under the new management is watched very closely not only by the shareholders, but also the customers, the market.

It posed a challenge

They had five major projects delivered last year, starting with the International School of Debrecen. “This is an institution operating under a unique, new arrangement in Hungary which is a pioneering effort in its own right. A high-quality building complex, which absolutely uses the latest technologies available today, was created against the backdrop of the Great Forest. The architectural concept worked very well in the protected natural environment. I am proud that we can list this building among our references,” the CEO said as he recalled the recent past.

The next project delivered was the tennis centre of the University of Debrecen, which is also characterised by unique technical solutions, whether we consider the world-quality hard court surface or the barrel vault structure of the hall.

“The third project to mention was the industrial hall for Bürkle, which was constructed in the Határ Street Industrial Park, at the order of the Xanga Group, where machinery for use in the wood processing industry will be assembled. 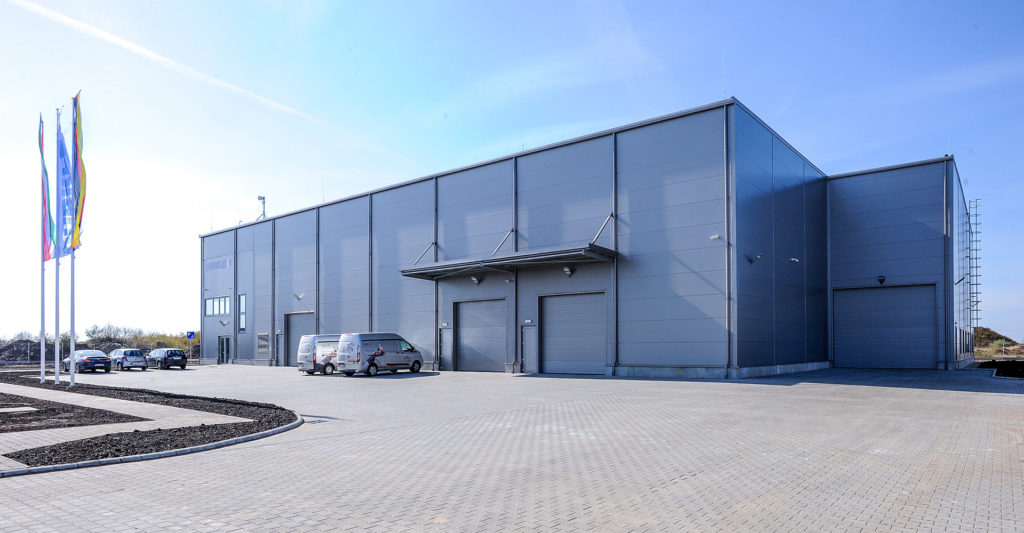 We also completed a project in Dunaújváros, where we worked in a consortium with HC Építő Kft. renovating an aquatic complex in, adding state-of-the-art technical solutions to the existing facility. This project was proof that HUNÉP is also able to realize various construction industry projects in other regions of the country, in the same high quality that has always been its trademark. 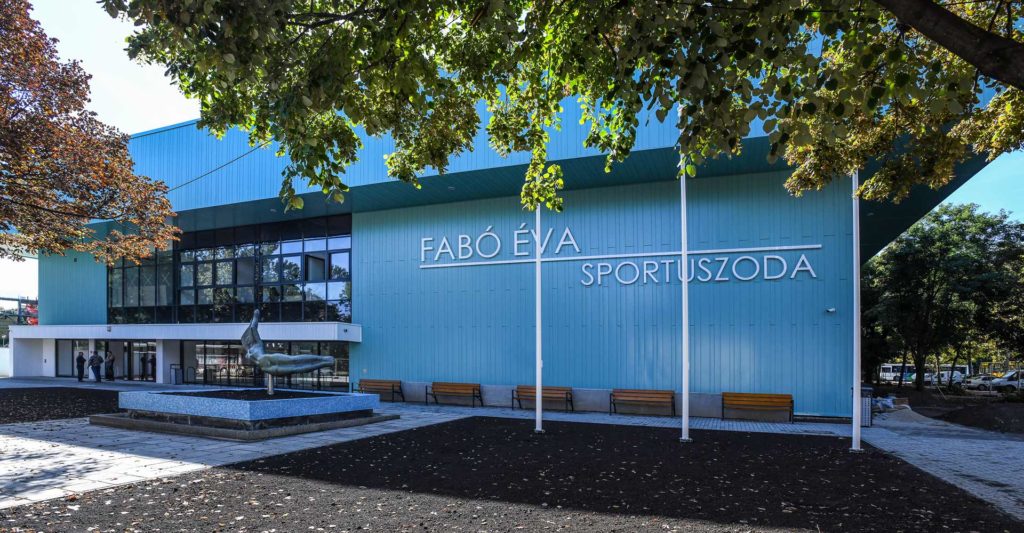 The fourth completed job was a logistics hall, which was already a project realized entirely under the new management, from contracting to completion. This was the Trans-Sped hall, which was an important milestone for the expansion of the logistics company. And last, but certainly not least, let me also mention the Oncoradiology Centre at the university clinic. We completed the internal, finishing works in the building last year, also constructed by us previously,” Bakos mentioned proudly.

In addition, the company also has several projects still under way. They were successful last year in the field of tenders: for example, HUNÉP was awarded the contract for the finishing works of the Debrecen plant of Continental. This project was an important element of the company’s efforts to open towards the private sector. In Berettyóújfalu, the renovation of the synagogue building will continue also in the new year. And finally, here comes the biggest challenge, the water park investment in Debrecen. This is a real “flagship” among the ongoing projects, standing out not only by reason of its size, but also the innovative solutions used. It is sufficient to mention, perhaps, that the water park will feature not only horizontal, but also vertical water surfaces. This will be an outstanding, perhaps we could even say iconic, building complex in Debrecen.

HUNÉP Zrt. works with over 100 own employees, a team of young and innovative experts, and this is supplemented by the wide range of well-established subcontractors, which are extremely important to the company these days. The company already has a significant portfolio of contracts for this year, which will guarantee, in the opinion of the CEO, that the transition will be continuous and smooth also in the future.