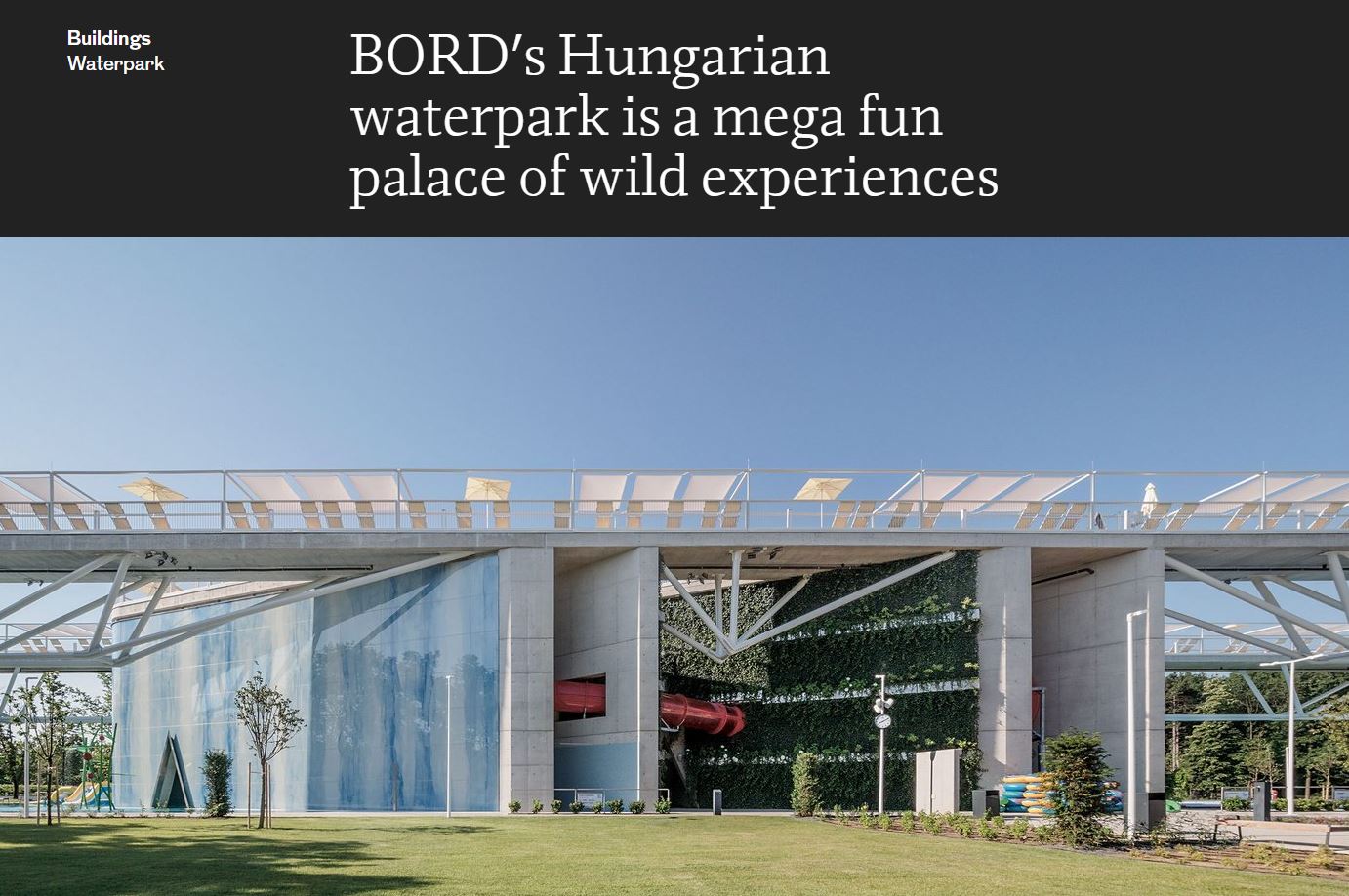 The author of the British RIBA Journal described the water park, designed by BORD Architectural Studio and implemented by HUNÉP Zrt., as a “mega fun” place.

The RIBA (Royal Institute of British Architects) Journal, the UK’s largest architectural magazine, published a long article about Aquaticum of Debrecen, opened in the summer of 2020, which the author Isabelle Priest described as a “mega fun palace of wild experiences.”

In the article, which appeared both in print and online, Priest first discussed Hungarian spa culture, the importance of thermal baths, before presenting the history and significance of Debrecen, and recent investments in the city. The article quotes Péter Bordás, director of the BORD Architecture Studio, with whom the author talked over Zoom. Bordás said that since the water park is situated on a Natura 2000 nature preservation area, it was not possible to extend beyond the 1930s plot. He also discussed the architectural concept of why they wanted to create “an oasis locked up in a box,” thanks to which the 12 metres tall, blue painted glass walls, imitating waterwalls, as well as the tall green walls opposite them were created. In the article Bordás also explains that it was an important decision that no tree was cut down in order to create a new arrangement, leaving the largest pool of the water park in its original place.

The author of the article then presents the water park in detail, illustrated with figures, and also drawing some parallels with some buildings and architects abroad. She mentions, for example, that in the summer 70% and in winter 50% of the facility’s energy comes from renewables, and in closing also provides some figures such as the water park’s visitor capacity is 4008 persons and the total water surface is 5624 m2.

HUNÉP Zrt. is very proud of the joint project with BORD Architectural Studio, and that the international press has also noticed the stunning view of Aquaticum Water Park. As mentioned in an earlier article, our aim was to contribute to the he long-term development programme of Debrecen, and to help the forest park become a major recreational centre nationally, and even in Central Europe. One of the last elements of this development programme was the water park, which offers unforgettable experience and spectacle for visitors.